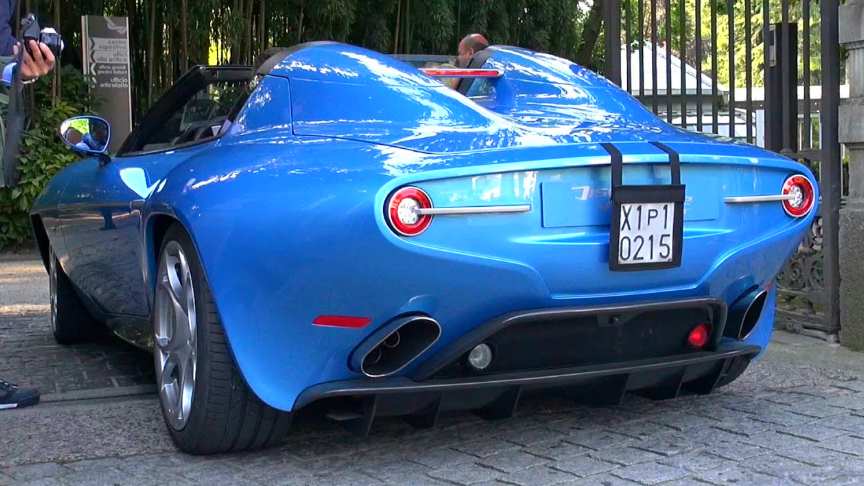 This car is built on the same platform and shares the same engine with the Alfa Romeo 8C Competizione Spyder. Video shows some detailed shots, as well as the car starting up its 4.7 litre V8 engine and revving hard, producing some sweet exhaust note!

Touring quotes a 4.5-second 0-62 mph time and a top speed of 181 mph. Its sleek styling juxtaposes this aggressive powertrain with curved body lines reflective of a yacht, and its interior consists of oceans of leather and Alcantra.

Power transmission the wheels is a six-speed semi-automatic transmission.The design language and craftsmanship are simply outstanding. The level of attention to detail in this unique coach built modern day tourer is what stands out straight away from the extended rear overhang to the dramatic wide front. Only 7 units will be produced and each will adopt a different color.