Alligator snapping turtles described as dinosaur-like because of their spiky shells and primitive-looking faces. They have three pointed ridges along their shells that run from head to tail.They have the strongest bite among animals with no teeth; they are typically not prone to biting without provocation. 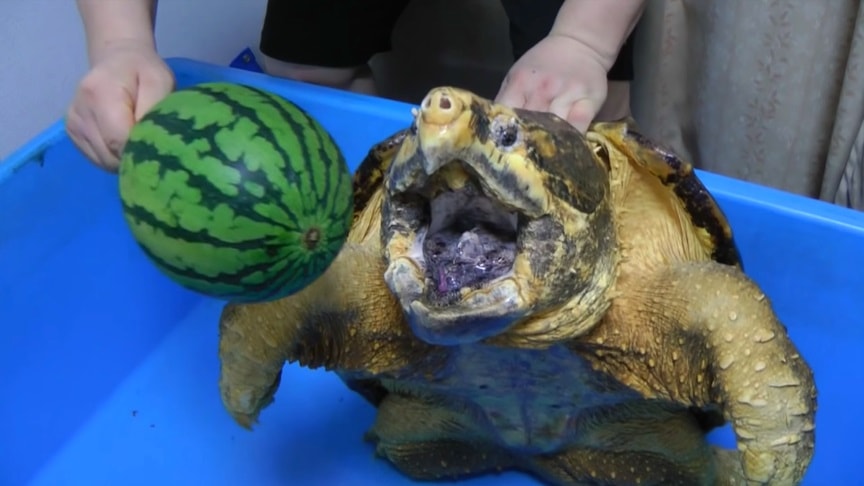 These creatures have a bite force around 1,000 pounds,their powerful jaws can snap through bone so they should never be handled in the wild, so you really don’t want one getting a grip on you.Watch just how easy this alligator snapping turtle snaps a huge chunk off a watermelon and some other stuff.

Its clear that alligator snapping turtles definitely have strong jaws.Everyone should leave these turtles alone, and certainly don’t antagonize them.

This species can bite through the handle of a broom and rare cases have been reported where human fingers have been cleanly bitten off by the species.Plus, alligator snapping turtles can live to be around 100 years old.