In North Carolina, swamp land containing alligators has frozen over – sealing the ancient creatures in place with only their noses sticking up above the ice. The dramatic survival technique was captured and explained in a series of Facebook posts from Shallotte River Swamp Park in Ocean Isle Beach, North Carolina. 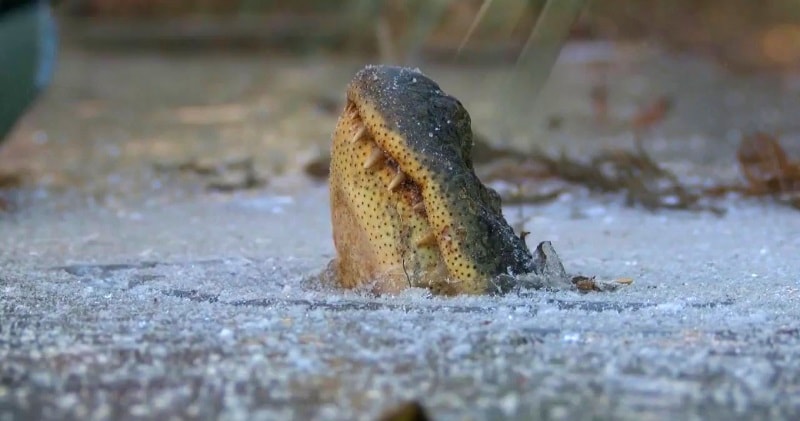 The park points out that because the alligators are cold-blooded, they can essentially let themselves be frozen in place and draw breath through their exposed nose.Alligators in North Carolina are dealing with the freezing temperatures by sticking their noses up through the ice to breathe.

Alligators essentially allow themselves to be frozen in place with their noses just above the surface, according to a video posted on  by Shallotte River Swamp Park in Ocean Isle Beach While it’s hard to believe they are able to survive the icy conditions.

Aanimal experts say they are very much alive and doing okay.Experts say that alligators almost instinctively know when the pond is about to freeze over.When it gets warm again and the ice melts, the alligators will start thermoregulating their body temperatures.