The USSR Ekranoplan, or better known as the Caspin Sea Monster, was a giant ground effect aircraft that could hover above the seas.It was as big, used freighting new physics seemingly beyond then-current technology, And terrified the west. The United States, in a cold war fury, didn’t want to be left behind, and came up with their own version of the Ekranoplan! 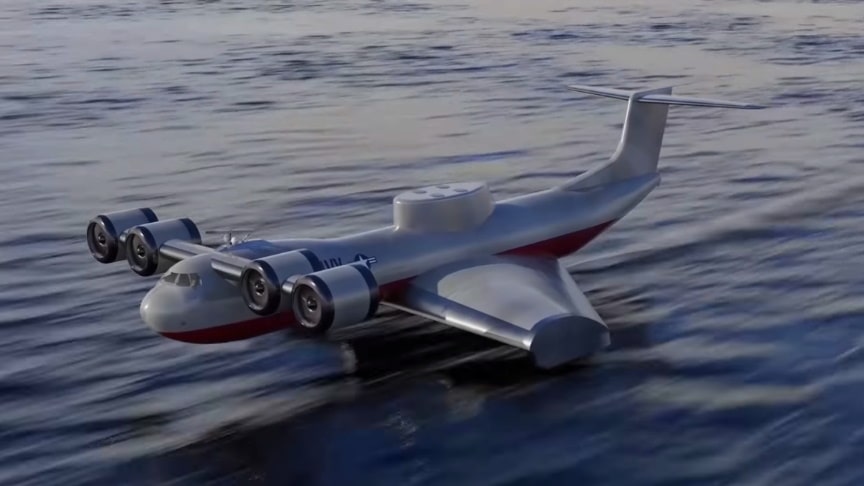 It was called the PAR-WIG, seating up to 20 crew members, and had a range of over 2000 nautical miles. But its secret was that it wouldn’t fire anti-ship rockets but rather, nuclear trident missiles as part of a strategic deterrent. produced a PAR-WIG prototype design in 1977.// Found And Explained

The aircraft was designed for sea control missions, as well as potentially transoceanic passenger and cargo transport. The ultimate goal of the American PAR-WIG plane, however, was as a strategic deterrent, since it was designed to carry four GM-96A Trident I (C-4) sea-launched ballistic missiles as its payload.

The American PAR-WIG design included a chubby and stubby reversed clipped-delta main wing with flexible downward endplates. These were designed to trap a steady, constant air cushion for the aircraft. The engine had thrust diverters for take-off which would direct jet exhaust towards the underside of the wing leading edge.The upsides of the American PAR-WIG was that it could fly out 2000 nautical and settle anywhere on the sea, with intermittent sorties out at sea before returning to base. via/read more:// Found And Explained