Tech Ingredients has built this Ducted Fan Jet Bike which uses 2 JP Hobby 90EDF ducted fans that are mounted to the rear of a bike, some controls on the handlebars are used to operate, control and power the ducted fans. 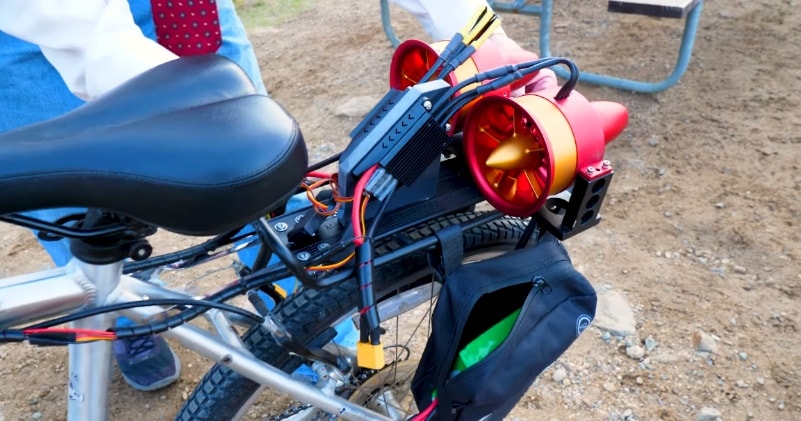 The bike is virtually overgrown with wires and bags that feed the engines,the two monstrous JP Hobby 90EDF ducted fans are powered by batteries which are located inside those carry bags which hold two six-cell battery packs.Watch the video for more info:

This is probably the the most fun electric bike out there. The speed & the range of the bike is not mentioned in the Tech Ingredients video.

Unlike the jet engines powering commercial airliners whose hot exhaust could easily melt your face, the battery-powered ducted fan strapped to this bicycle produces thrust enought to move the bike without using the rider’s legs. 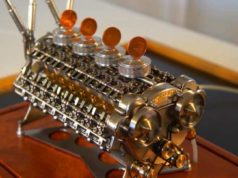 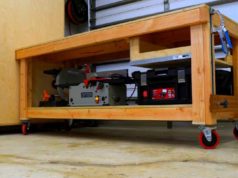 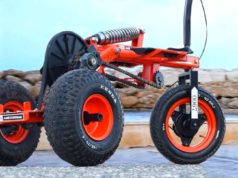 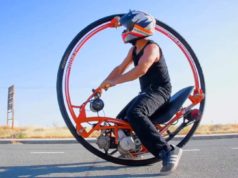 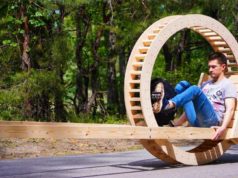 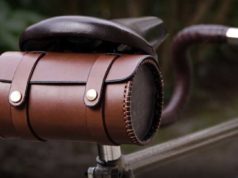