Although it appears to be floating on the Mediterranean, Maiden’s Castle sits on a tiny island off the coast of Kizkalesi, Turkey. The structure dates back to the 12th century, but no one knows who constructed the ancient relic. Many tell a legend, however, involving a Byzantine king, his daughter and a fortune teller’s frightening prediction. 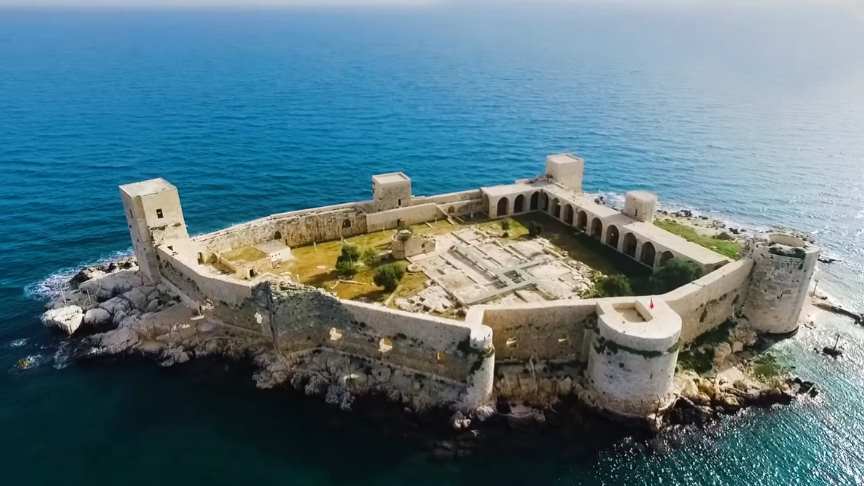 According to Strabo, the island was used by the pirates in the ancient age. But the castle was probably built by Alexios I Komnenos of the Byzantine Empire after the First Crusade.It was extensively rebuilt in the 13th century by Leo I and at least one subsequent monarch of the Armenian Kingdom of Cilicia.

According to the legend of Kızkalesi, a fortune teller informs the king that his beautiful daughter will be poisoned by a snake. He adds that even the king is unable to change her fate. Shocked by the fortune teller’s words, the king tries to save the princess by building a castle on an island where no snakes live.

He sends his daughter to live in the castle. But a snake hides in a grape basket sent from the mainland and poisons the princess.This legend is not unique to Kızkalesi and some other localities in Turkey share the same story.wikipedia