The BMW R2 was a 198 cc overhead valve single-cylinder motorcycle produced by BMW between 1931 and 1936, the smallest motorcycle ever to enter series production with the firm (In 1948, a 125cc 2 stroke flat twin, designated R10, was developed but did not enter production). 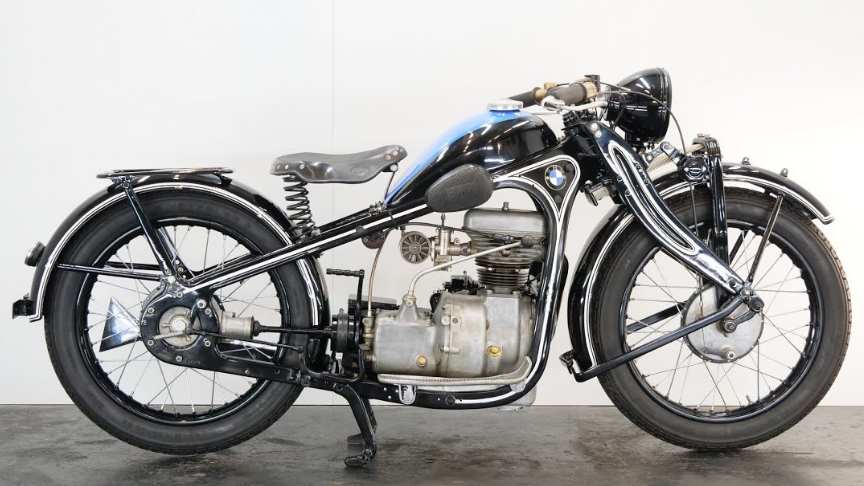 Despite its much smaller design and engine capacity, the R2 retained many features of the larger boxer twin motorcycles in the range, such as cardan shaft drive and a pressed-steel duplex frame.

The R2 saw small improvements each year of production – in 1932 the valve springs were covered, in ’33 a steering damper added, in ’34 an upgraded Amal carburetor replaced the SUM carb, and so on.