Is it a plane? Is it a tank? Is it a glider? Well, let’s just say its a combination of all three. The World War 2-era Antonov A-40 was a mind-boggling combination of machinery that was part plane, part tank and even part glider too. The concept of the Antonov A-40, which was also sometimes referred to as the A-40T or KT, was actually quite simple: devise an aircraft that doubled as an armoured vehicle too, so that it could swoop into a battle zone as quickly as possible like any fighter plane. 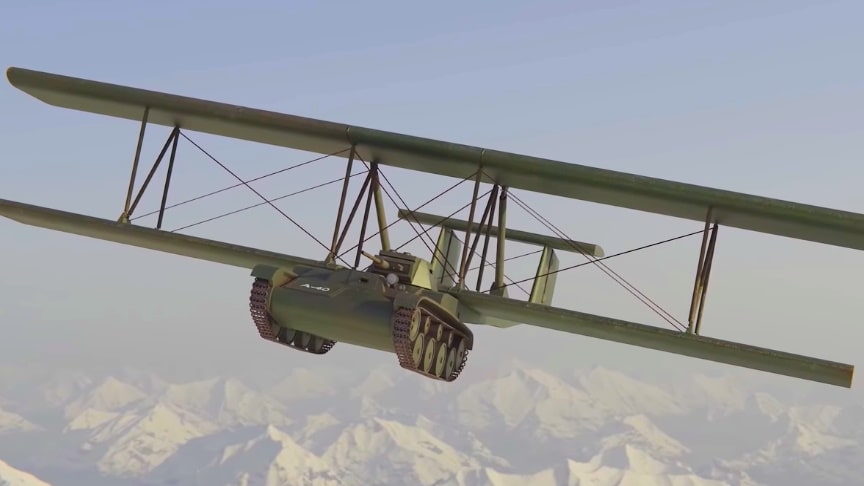 Then, once landed, the aircraft could detach its wings and transform into a battle-ready tank. The plan was for the craft to also be used to take out low-altitude bombers, as well as fly low over enemy lines to flank from the back. The assumption was that the flying tank could detach from its towing aircraft some 20 to 26 kilometres or 12.4 to 16 miles from the target. Importantly, it would do so silently before it landed and immediately engaged in battle.

The T-60 tank would have fabricated biplane wings attached to it, as well as a twin tail for much-needed stabilization. The biplane wings were made of ultra-light plywood and fabric, with a wingspan estimated to be just over 18 metres or 59 feet and an overall area of 85.8 square metres or 923.5 square feet. Each biplane wing would be unstaggered and feature a pair of tail booms with twin vertical surfaces and a high-mounted single horizontal surface.

The tanks would not break apart on impact as long as their gears were in neutral. The drawback was that tank crews had to be dropped separately from the tanks, which delayed the deployment of these tanks once they were on the ground. Also, the tanks being deployed were simply too small to be very effective in combat. Nor was it worth risking a bomber just to put one of them into battle.The logic was that light armoured tanks literally ‘falling’ like hail from the skies would be an unexpected and nasty surprise for any enemy.via/read more: Found And Explained