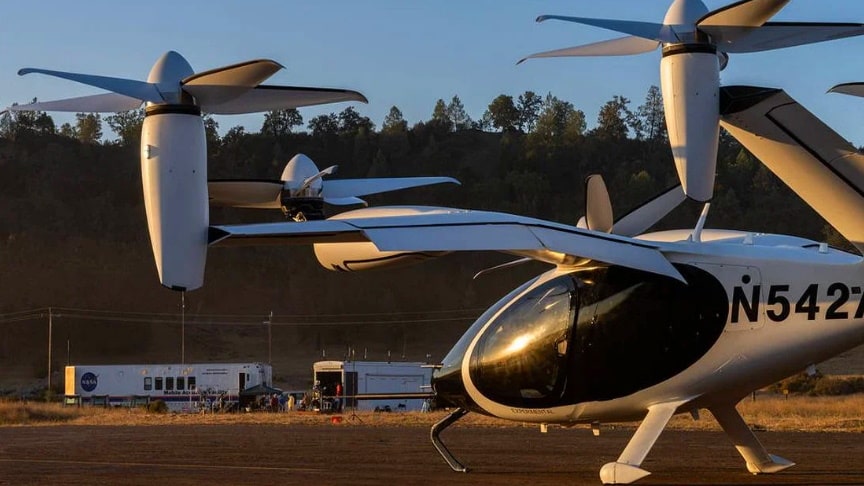 As announced in a recent news release, NASA’s goal is to collect vehicle performance and acoustic data for use in modeling and simulation of future airspace concepts. Watch the video by NASA Armstrong Flight Research Center for more info:

After the data is analyzed, the test results will also help identify gaps in current Federal Aviation Administration regulations and policies to help incorporate Advanced Air Mobility aircraft into the National Airspace System.

Joby’s all-electric helicopter can cover a distance of up to 240 kilometers in one go, according to the Joby statement, and reach a speed of up to 320 kph. The blades of the aircraft’s six rotors were carefully designed to minimize noise.The vertical takeoff and landing feature gives the aircraft flexibility in where it can operate.