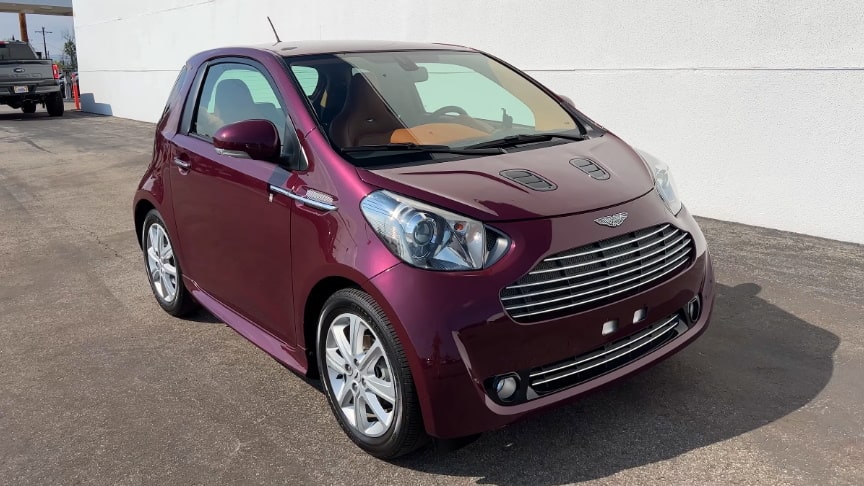 The Aston Martin Cygnet is a rebadged variant of the Toyota/Scion iQ marketed by Aston Martin beginning with model year 2011—enabling Aston Martin to comply with the 2012 European Union-imposed fleet average emissions regulations.It was developed under the codename P298.

The Cygnet featured revisions to the exterior and interior but shared other specifications with the iQ, having a 97 bhp 72 kW 1.3L inline-four engine,it produced 110 g of CO2/km and fuel consumption of 58.9 mpg‑US 3.99 L/100 km.

The Cygnet was cancelled due to disastrously low sales, with the car reaching only 150 units in the UK (approximately 300 in total[44]) rather than its annual target of 4000.//wikipedia