Full details on the Hyundai N Vision 74 rolling lab prototype! This car is being used to develop future N hydrogen-electric hybrid technology that Hyundai says it plans to launch in the mid- to long-term. 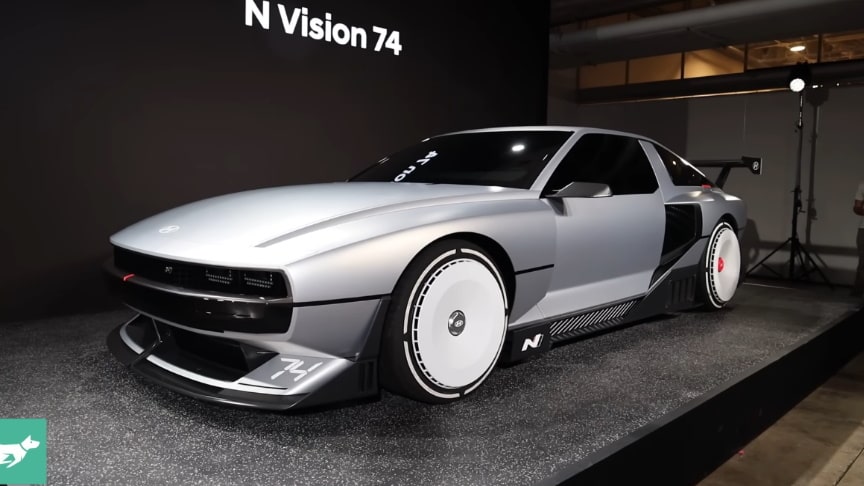 Full battery electric N cars are also coming very soon with the Ioniq 5 N in 2023!The N Vision 74 is fully operational and can be driven.Watch the video from Chasing Cars:

It uses a 62.4kWh battery, dual rear motors and hydrogen fuel cell stack to produce over 500kW power and over 900Nm torque with RWD.

The hydrogen system charges the battery. Range is over 600km and like a Hyundai Nexo or Toyota Mirai, the N Vision 74 can be refuelled in five minutes.via/read more: Chasing Cars