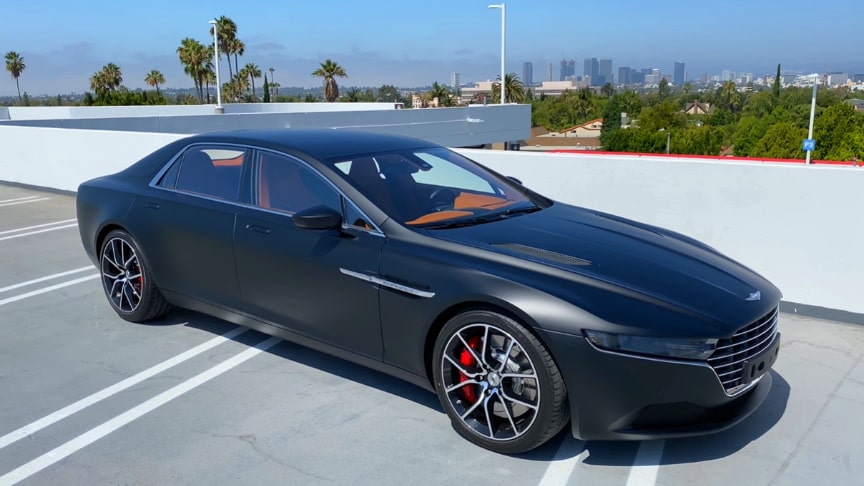 The Lagonda Taraf is a four-door full-sized luxury car manufactured by Lagonda, a marque owned by British automobile manufacturer Aston Martin since 1947. The Arabic word “taraf” means ultimate luxury in English.Only 120 cars were built, each of which was priced at US$1 million. Watch the review from Doug DeMuro:

The Taraf is powered by the 5.9-litre AM11 V12 engine, generating a maximum power output of 547 PS (402 kW; 540 hp) at 6,650 rpm and 630 N⋅m (465 lb⋅ft) of torque at 5,500 rpm. The engine was assembled at Ford’s bespoke Niehl engine facility in Cologne, Germany. Power is transferred to the rear wheels via an 8-speed ZF automatic transmission. The chassis utilises the Aston Martin VH platform (VH410), shared with the Rapide.

The body panels are made of carbon fibre-reinforced plastic (CFRP) and receive a seven-layer paint finish prior to final polishing. The goal of using this material was for weight reduction.The interior included elements borrowed from other Aston Martin models, mainly the Rapide, and features console-mounted push-button transmission controls, an infotainment system, a 1,000-watt Bang & Olufsen BeoSound audio system and premium quality leather upholstery./wikipedia