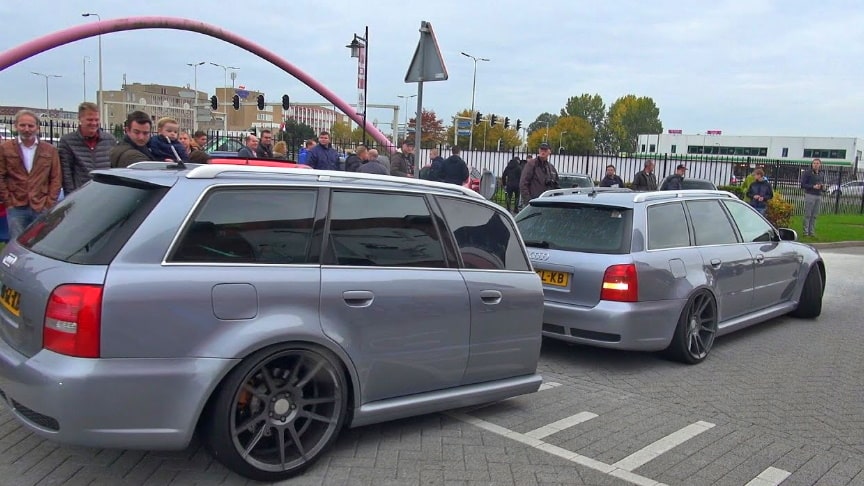 It’s worth mentioning that it even features a fuel cap. When viewing it from behind it seems exactly the same like the vehicle’s rear end.This particular RS4 can also play with your mind in other ways. That’s because the owner had the crazy idea of making a trailer that looks like another RS4.

You can notice the vehicle’s lowered stance being mirrored by its trailer. It also features matching wheels and the same brake calipers. It even has an antenna at exactly the same spot.

The owner must have put in a lot of work to create a matching trailer for his RS4 Avant and the end result is quite impressive as the trailer looks virtually the same as the car./Gumbal