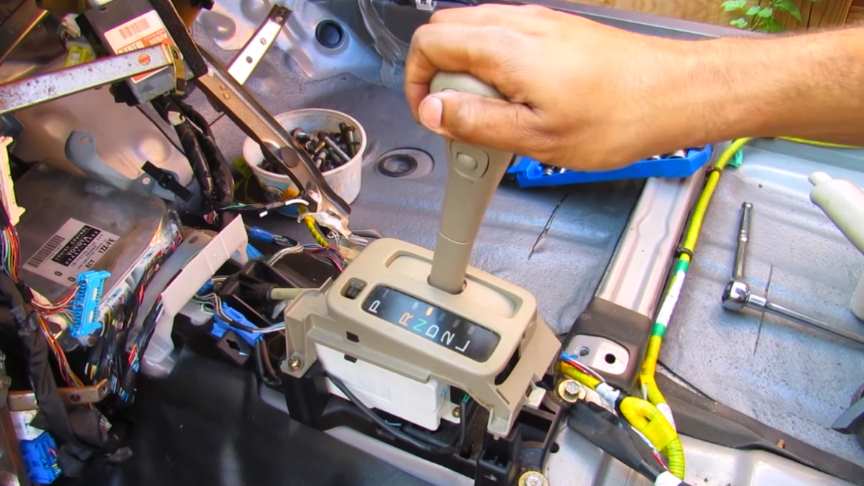 Two mechanisms are at play, to protect those around the vehicle and the transmission itself. The park – brake lockout secures the shifter in the P position until the key is in the ignition and the brake is depressed. The shift control computer, located underneath the shifter, will determine if these conditions are met and activate a solenoid to move a tab to allow the shifter to move.

The second mechanism at play is a detent rod that glides along a toothed profile. The rod must be pushed down (the button on the shifter depressed) in order for it to move into gear.

Manual transmissions do not have a park lockout or a toothed profile preventing certain gears from being selected, and hence must be used with caution. This shifter was taken out of a 2001 Toyota Corolla with a 4 speed automatic transmission.speedkar99