The Ford Maverick is a compact car manufactured and marketed by Ford for model years 1970–1977 in the United States, originally as a two-door sedan employing a rear-wheel drive platform original to the 1960 Falcon — and subsequently as a four-door sedan on the same platform. 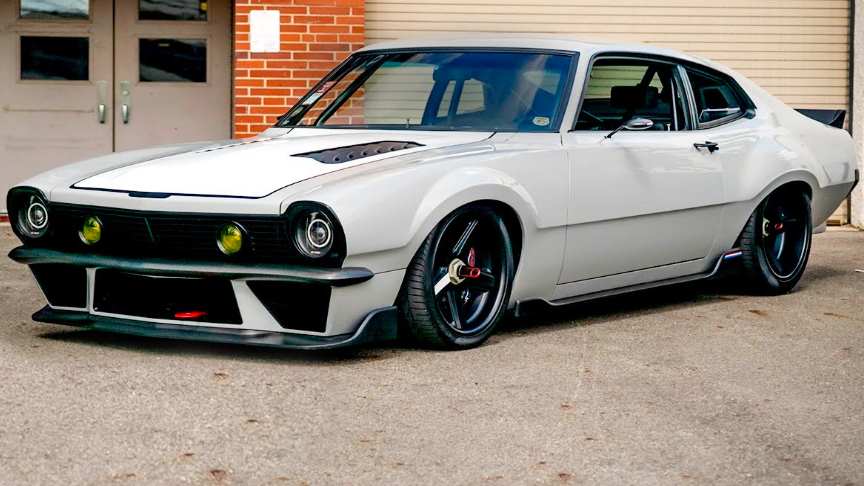 AN award-winning 1971 Ford Maverick has made a name for itself in Ohio due to its turbo speed and perfect blend of classic and modern style.video by Barcroft Cars , Producer: Martha Hewett Editor: Ian Phillips

Owned by racing driver Jimmy Shaw, the Ford Maverick, which was originally produced as an economy car, has become a rule-bending ride – putting the 70s car back on the map.

The car is powered by a 427 ci Ford small-block V8 featuring Dart block, two Precision turbochargers and forged internals. They mated the engine to a Bowler 4L80E automatic transmission.The name “maverick” was derived from the word for unbranded range animals, and the car’s nameplate was stylized to resemble the head of a longhorn cattle./wikipedia