The Alouette 2 is a French light helicopter originally manufactured by Sud Aviation and later Aérospatiale. It was the first production helicopter powered by a gas turbine engine instead of the heavier conventional piston powerplant. 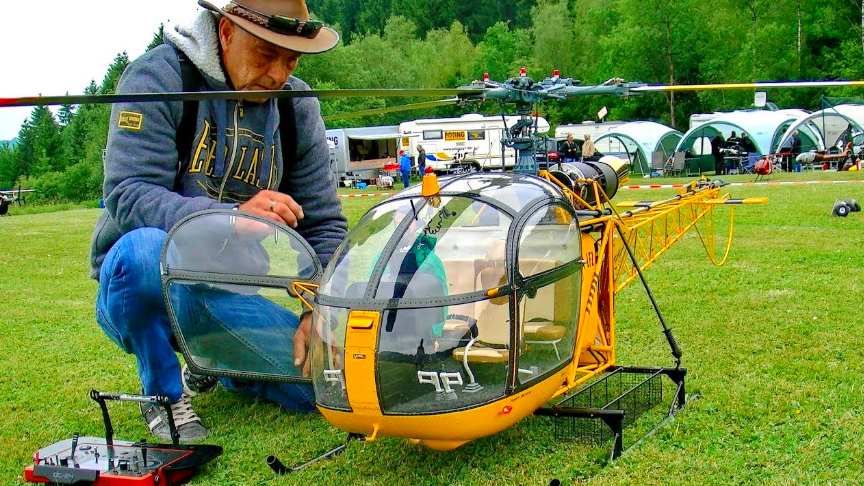 The lightweight and rigid lattice fuselage contributes significantly to the model’s high flying performance and ensures good access to the mechanical components.

This giant Alouette 2 SA318 C has a 2.60m rotor diameter and a Take-off weight of 24 Kg, the helicopter is powered by a Jakadofsky turbine engine. The pilot of this helicopter in this video is Francis Paduwat / Teampilot from “Vario”.

The Alouette II from VARIO is a 700, resp. 750 size scale helicopter. The turbine engine of this helicopter fascinates by the smell of kerosene, a gently starting rotor, accompanied by the unmistakable sound of a turbine.