Is a concept of a “green” cargo airplane for this 21st century , based primary on its high ratio of eco-friendly purpose and its big versatile capacity to adapt to many “works”. AWWA·VA “GIGAbay” is the version for cargo transport of the AWWA “Sky Whale” concept plane, with similar base. 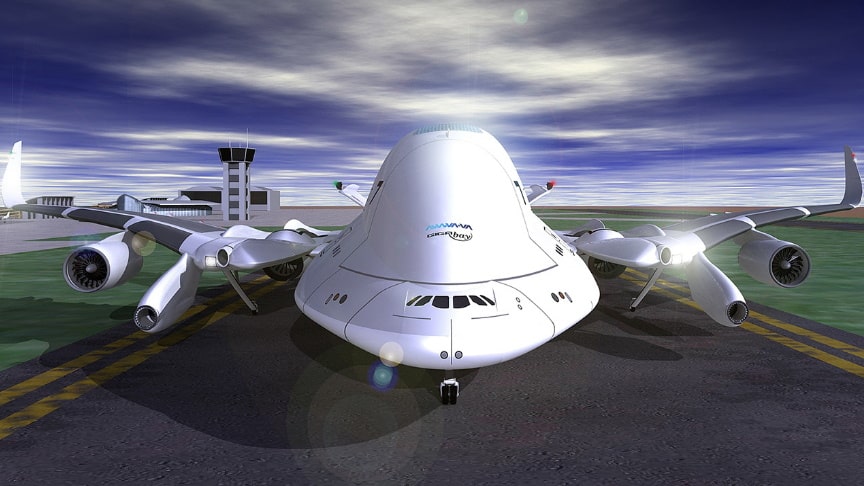 It would be equipped with a new advanced technologies from alloys, ceramic or fiber composites, carbon nanotube and fiber optic cabling, smart materials (SMA), Hybrid & E-engines (E-e), active wings with wind generators inside. 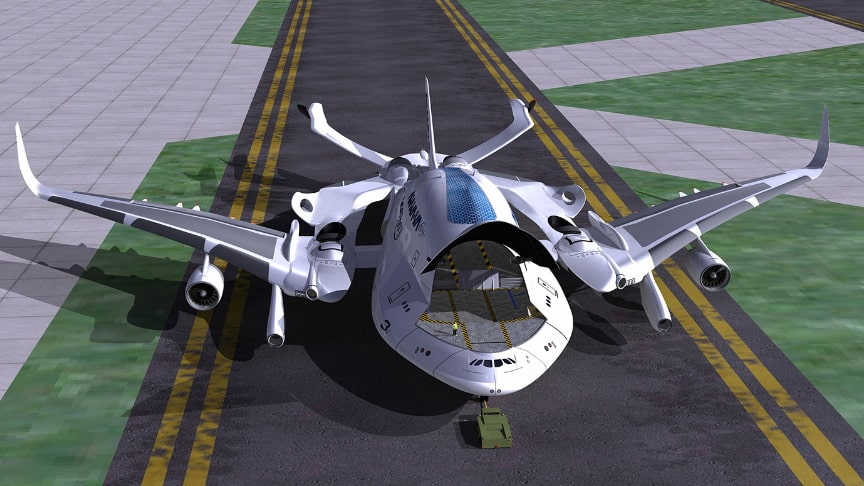 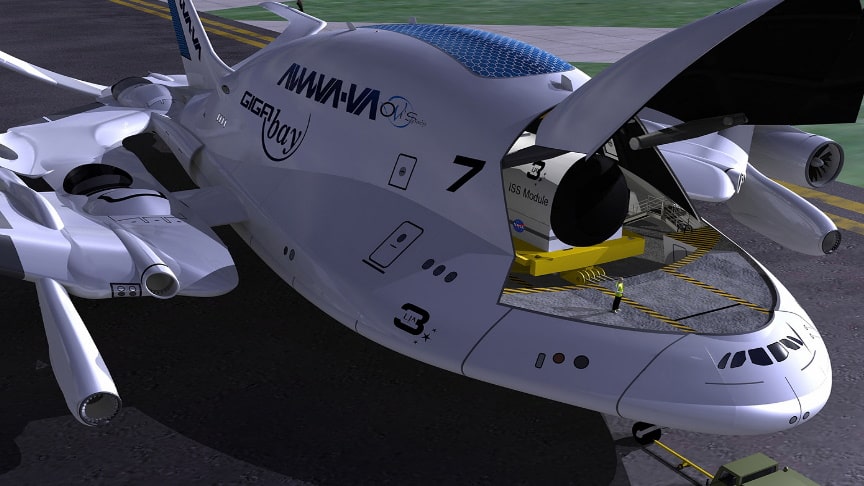 Thanks to be equipped with systems and materials of future technology it could become:Energy efficient ,Fewer emissions,Reduce aircraft noise until 30% compared with current standards.

This concept airplane is equipped with 4 Hybrid Engines–Fuel Electric (hybrid turbo-electric propulsion system), the engines could use both fuel to burn in the engine’s core, and electricity to turn the turbofan when the core is powered down. The Hybrid engines could rotate up to 45 degrees in vertical position to assist in the take-off and landing maneuvers. 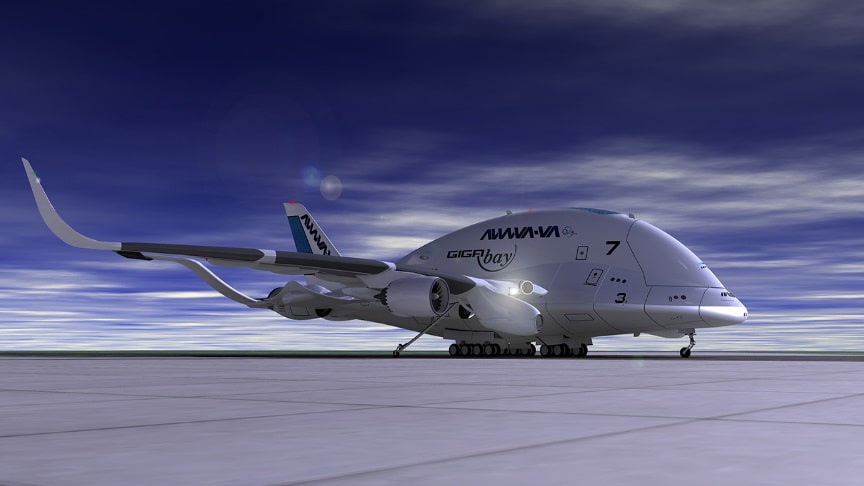