This bike well designed bike has been restored to high standard.Moto Guzzi has been a leading make in Italy since 1921 and it is one of the few Italian makes to become well-known abroad. The prototype Moto Guzzi motorcycle was exceptionally advanced for its day: unitary construction of the 500cc engine and gearbox, over-square bore/stroke, geared primary drive, an overhead camshaft, and four valves per cylinder being just some of its salient features. 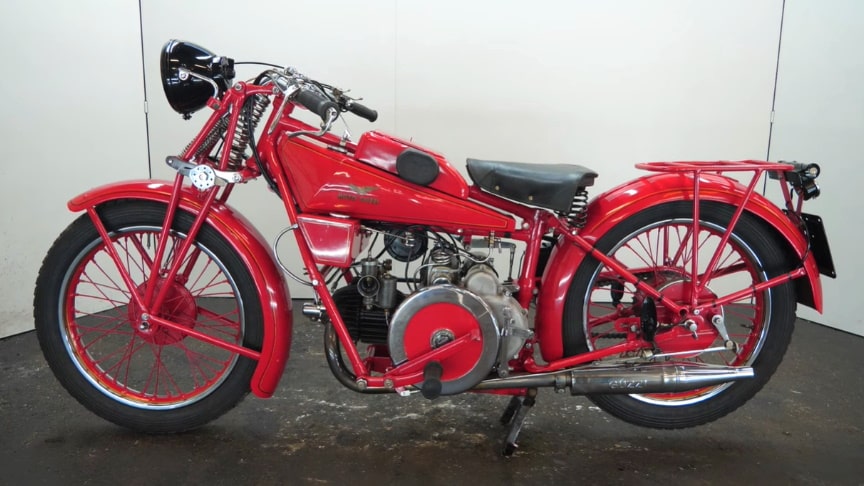 However, the Normale (standard) model that entered production in 1921 was necessarily less ambitious, the most obvious difference being its engine’s inlet-over-exhaust (ioe) valve arrangement, adopted to reduce costs.

Introduced in 1929 the Sport 14 can be seen as a natural evolution of it’s predecessor, the Sport, embodying modifications resulting from experience gained with the earlier model., including improvements to the braking and electrical systems.

The engine retained the side inlet and over head exhaust valve configuration of its predecessor but the cylinder and head were physically bigger aiding cooling, particularly under load or when attached to a sidecar. In the models two year production life 4,285 examples were built helping Moto Guzzi achieve the position of Italy’s best selling marque.