The Aznom Palladium is world’s first Hyper SUV. Aznom refers to it as a Hyper limo while others call the Palladium a Hyper sedan. This is mainly because only 10 units will ever be made and it will be one of the world’s most luxurious cars. 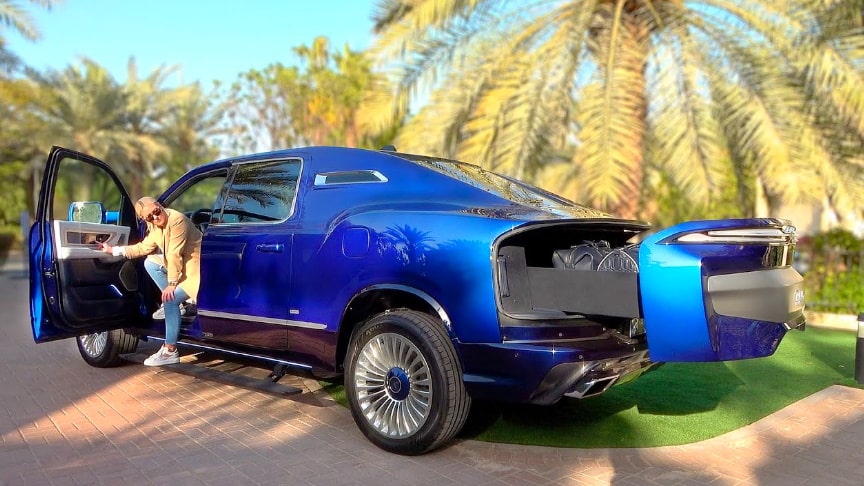 This Italian Hypercar will be almost entirely handmade and almost all of its luxurious finishing will be customizable. Today Supercar Blondie shows you why the Aznom Palladium is one of the coolest cars in the world.Watch the video from Supercar Blondie for more info:

Aznom Palladium is really something unique, starting from its dimensions (just shy of 2 meters in height and almost 6 meters in length) positioning it unquestionably within the limousine realm, while its non-conventional appearance confers a powerful image equal only to its mechanical strength.

Capable of traversing any terrain with two- or four-wheel drive, Palladium is equipped with a 5.7 liter biturbo engine capable of delivering more than 700 hp and a torque of 950 Nm.