AL from the Volo Museum shows off this quirky Roller Skate Car made by Jay Ohrberg and built in the early ‘90s to align with the Mel’s diner theme where waitresses used to serve in roller skates. 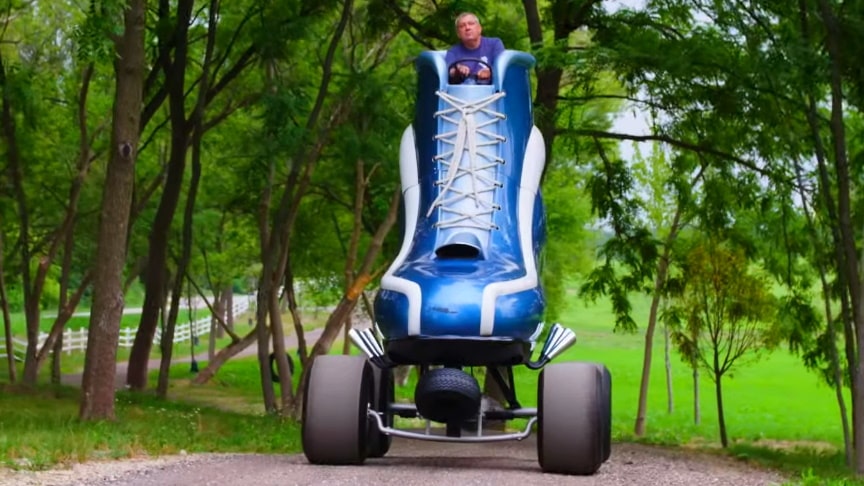 The giant shoe is made from a fibreglass shell and the frame was built by using miscellaneous car parts.Watch the video from Barcroft Cars:

The Roller Skate Car sits on big dragster tyres; but don’t be fooled, it’s maximum speed is just around 20 miles an hour.

Al told Ridiculous Rides: “Everybody pretty much stops in their tracks when they see this thing.”This is an actual running and driving 14 foot tall roller-skate! Powered by a 400 Horse Power Chevy 350 engine./Barcroft Cars