An amphibious house is a building that rests on the ground on fixed foundations but, whenever a flood occurs, rises up in its dock and floats there buoyed by the floodwater. Baca Architects’s Formosa is an amphibious house. Though its structure rests upon grounded, fixed foundations, it is designed to rise up in its dock and float on floodwater before gently settling back down once the water lowers to its normal level. 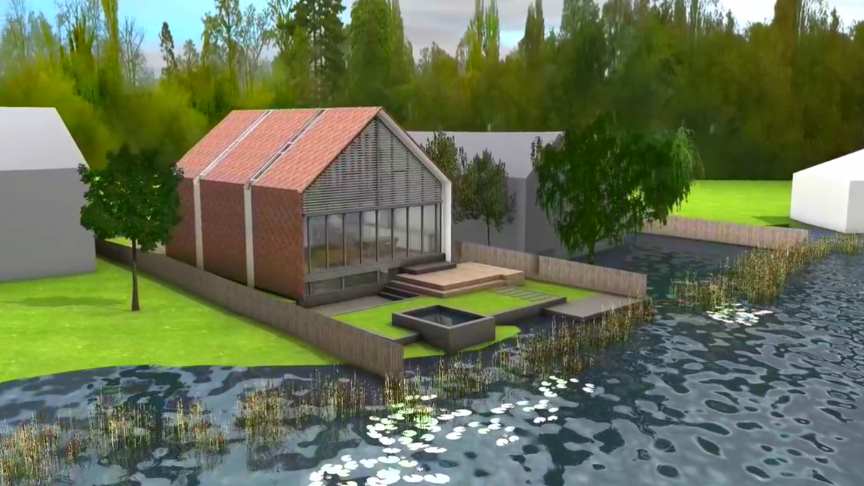 The house itself sits in the ground and the floating base is almost invisible from the outside. The ground floor of the house is raised above the ground by less than 1 m rather than by almost 2 m as will be required if it were not amphibious.

This approach meant that the 225m² three-bedroom dwelling could be constructed over three floors in the place of a single-storey 90m2 house without significantly increasing the ridge height.

The amphibious house is connected to its utilities via elephant cabling. These flexible service pipes are designed to extend up to 3m, allowing all of the services to remain clean and operational during any flood event. Crucially, this also allows the occupants to return to the property immediately after a flood, maximising the continuity of their daily lives.

A float test was conducted during construction when the wet dock was filled with the water and the house elevated half a metre under its own buoyancy. The house was also tested again once the steel frame was complete and the house filled with furniture.//Baca Architects’s