In the late 1950s, there were rumors of a radical new aircraft design from deep within the USSR. It would be a flying boat that could fly vertically, carried the biggest nuclear weapon the Soviets could muster and had its own parasite fighter capable of scouting, defense and independent strikes. 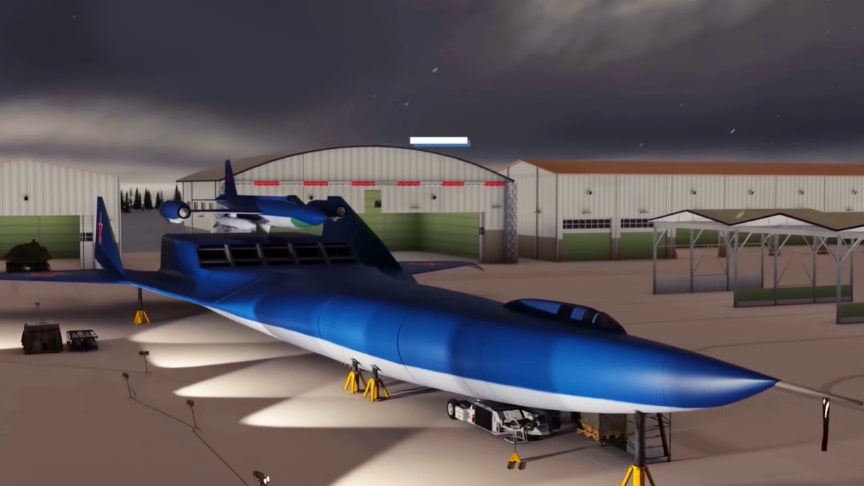 This flying monster could land anywhere, from water to desert, to snow and ice, and would be refueled from submarines in remote lagoons and lakes. By the late 1950s, the Cold War was at full thrust, pitching the military might and scientific minds of the United States and the Soviet Union against each other. The arms race between the two superpowers was at fever pitch and it looked like things might be heating up soon.Watch the video from Found And Explained for more info:

The Bartini A-57 was one such project by the USSR. Envisaged was a massive sea-launched intercontinental bomber that would be immune from taking off from land-based air fields, which were always much more vulnerable to enemy attacks and reconnaissance. How the Bartini A-57 bomber was designed to achieve this was inventive to say the least.

The way in which it would take off and how it would be fuelled were just two of the innovations devised by the A-57 concept. And there’s good reason why the Bartini A-57 has been dubbed ‘a beast of an aircraft,’ given that it was technically a flying boat. Let’s dive right in, shall we!First thing’s first: the A-57, as designed in 1957, would have hauled a 244N thermonuclear bomb on board.via read more: Found And Explained