Why do we connect batteries? find out here with series and parallel batteries as well as battery life calculations.We don’t always connect batteries in series.Mostly however, we do use series connected cells as we want higher voltages as individual cells tend to be inherently low voltage devices. On the order of 1.2 to 3.7 volts per cell depending upon chemistry. 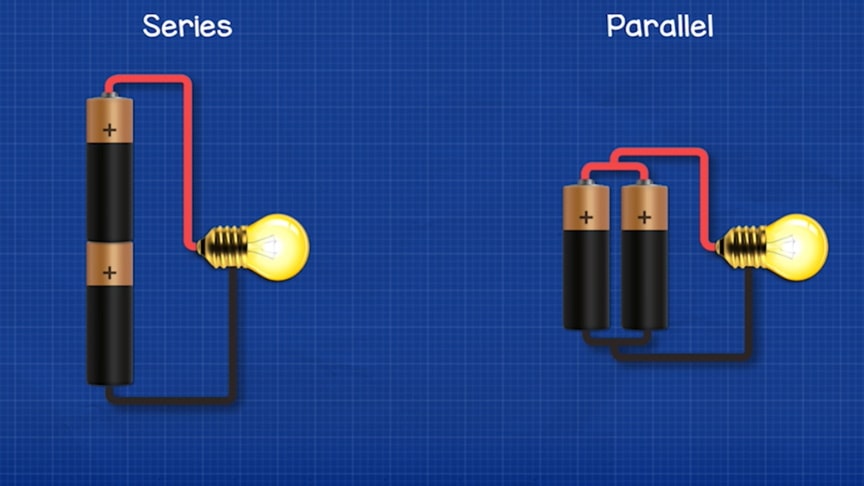 However, there are devices that use cells in parallel to increase the available current, or to make it last longer by doubling the current capacity, (mAh adds together), although this does not increase the energy capacity of two cells in series.