BD5 jet is one of the first kit jet ever produced. With the design first introduced in 1972. The BD5 is an experimental homebuilt aircraft that can be powered by a single piston engine or a turbine jet engine. 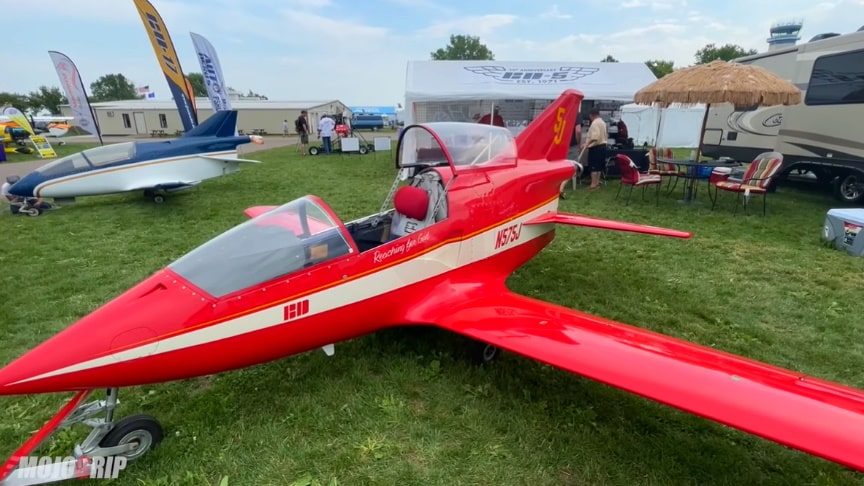 The one feature in the video is powered by a turbine engine with 220 lbs of full thrust. You are cruising north of 300 mph in this jet and you’d be burning roughly 50 gph doing it. Watch the video from MojoGrip:

The BD5 is comparable to the Sonex jet which we featured here a while back. Price point is around $150,000 for a finished built airplane.

The BD-5 has a small, streamlined fuselage holding its semi-reclined pilot under a large canopy, with the engine installed in a compartment in the middle of the fuselage, and a propeller-driving engine – or jet engine in the BD-5J variant – mounted immediately to the rear of the cockpit. he BD-5J version holds the record for the world’s smallest jet aircraft, weighing only 358.8 lb (162.7 kg).