Everyone’s buzzing about Bioni. He’s a British beekeeper and producer making electronic music incorporating the sounds of bees. You can’t really bring bees into a recording studio, of course. 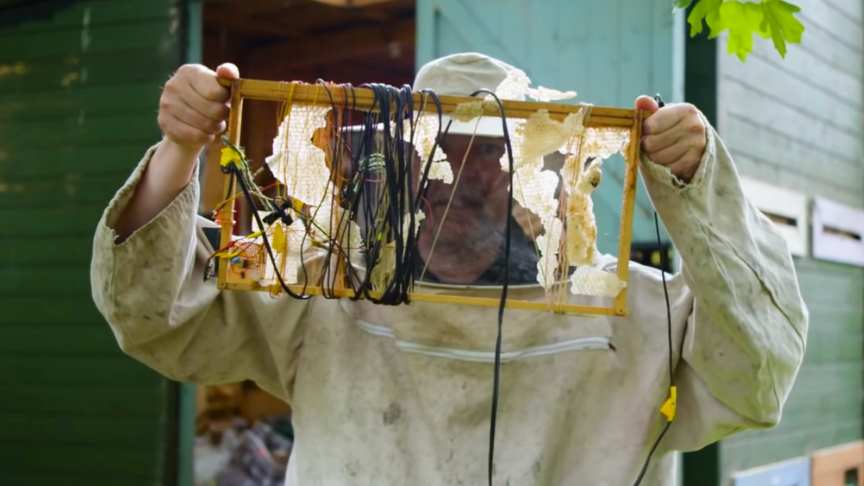 They’d swarm the mic. So Bioni records the insects buzzing in their hives using homemade equipment. He extracts samples from the recordings and data, and processes the sounds through his Hive Synthesizer, which uses honey as an organic electrical resistor.Great Big Story

People at music festivals all around the world can dance to Bioni’s beats and learn about colony collapse disorder at the same time. Bees have been dying at an alarming rate, and we need to save these pollinators if agriculture is to survive.

Bioni creates experimental hive music to raise awareness about colony collapse disorder, and he feels his telling people about the bee plague in this way.He also seasonally works with bees.