APT 70 is part of the #eVTOL family of vehicles we are developing and can reach speeds of more than 100mph and has a baseline payload capability of 70 lbs. 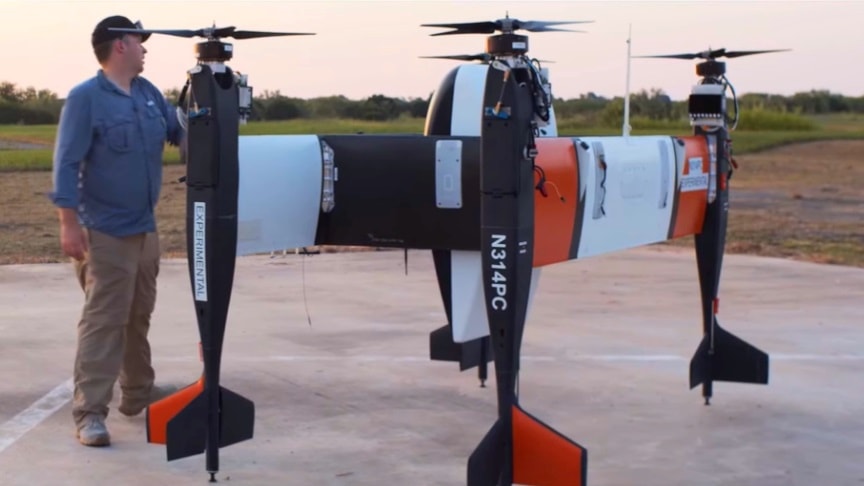 Known as the APT 70, the six by nine-foot vehicle has a range of 19 miles and can transport up to 70 pounds. The fully autonomous drone is designed to handle tasks that range from package delivery to the transport of medical supplies or food during a natural disaster.

The vehicle is designed for rapid deployment, quick reconfiguration, and nimble battery swap and recharge.The concept consists of a payload pod that is attached via pylons to two wings, each fitted with four or eight propellers powered by electric motors.

Delivering what you need, wherever you need it. Endurance is improved by autonomous vertical take-off which uniquely transitions to wing-borne flight, providing Multi-copter payload capability with fixed wing speed.The company will continue testing the cargo drone over the coming year under an experimental certificate.