In this video from RC Media World, Pilot and Builder Graner Berg shows off his custom-built drone that looks like a full-size human wearing a jetpack, equiped with a couple of rotors strapped onto him/her. It is a radio controlled drone with a fake person on it. 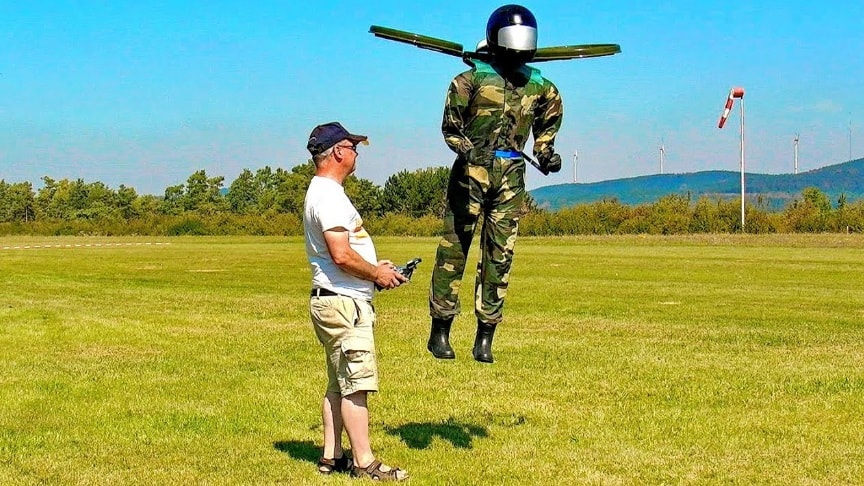 It’s impressively agile and stable in flight, given its awkward shape.It is a radio controlled drone with a fake person on it.This wouldn’t be awe-inspiring though if not for the fact that this RC Flying Man is actually 1:1 scale, AKA life-size.

Besides, it looks absolutely like a real person flying around with a jetpack which sets our imagination running wild.

The RC Flying Man In 1:1 Scale was custom-built and flown by Graner Berg at a RC Heli Meeting in Wolfhagen, Germany sometime this month (August).