Need to catch a quick ride across town? The Bell Nexus powered by electric-propulsion offers a quiet, comfortable ride across the city, returning valuable time back to you. 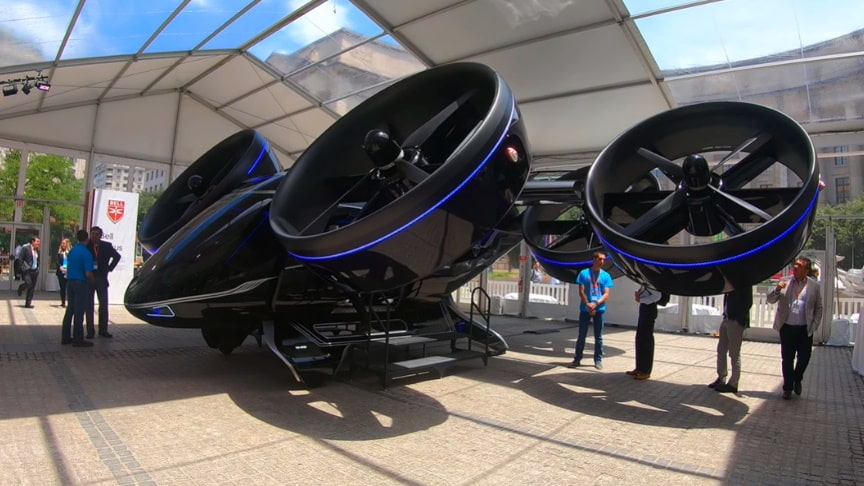 The Nexus exhibition will include digital display monitors that allow visitors to explore the vehicle’s technology and its real-world applications to serve civilian, humanitarian and a variety of other missions.video by: Akihiro Mizutani

Coming in at a weight of 3,175 Kg and a cruise speed of 150 mph, the four Nexus motors can carry up to five passengers for a distance of up to 97 km, the quadcopter is equiped with 140-kwh battery pack with an eventual goal to pack enough batteries onboard to go entirely electric.

The nexus of transport and technology and of comfort and convenience. Nexus captures the long-sought-after vision of quick air travel with a unique in-flight experience, keeping passengers connected to their lives and saving valuable time.vide by: Bell

Nexus platform is an all-electric quadcopter, capable of carrying four passengers, their luggage and a pilot. The platform, which is expected to enter commercial operation between 2025 and 2030, will be capable of autonomous operations. The rotor systems for the Nexus allow it land on roof-tops. To land in a parking lot./bellflight