The Bell X-22A had a somewhat boxy fulsage that was 39.7 feet long and a wingspan of 39 feet wide, although its front wing was only 23 feet wide, and came to around 20 feet tall. This smaller stature allowed it to fit within hangers and ships without any folding wings. 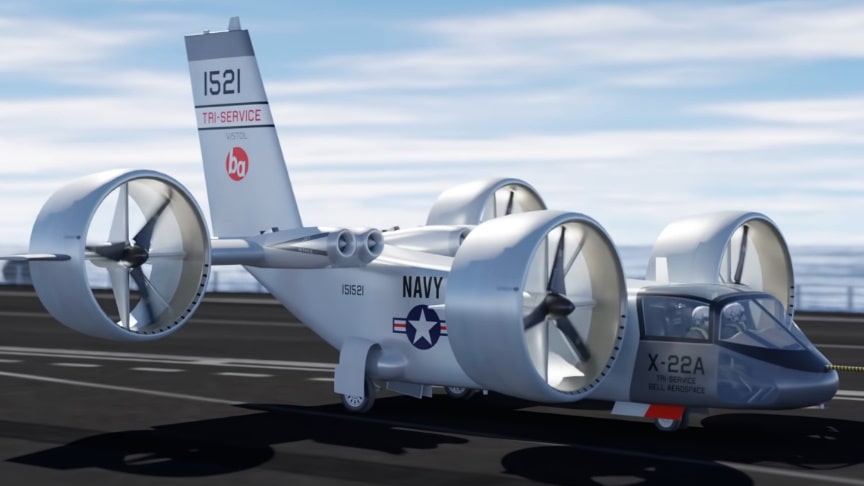 These propellers would be able to take the aircraft up to a top speed of 409 km/h, 716 km, so hardly the range or speed we commonly discuss on the channel, but compared to the range and speed of a typical helicopter today, the bell 206 long ranger, its around double the speed and comparatively the same range. It would have a service celining of around 27,800 feet, or 8,500 meters, meaning the cabin would require pressurization to keep the crew and passengers in comfort.