In the early 60s, there were several studies into creating the first mass-produced vtol aircraft. A plane that could operate like a jet, and then at the same time, land vertically where needed. Bell, who had been exploring such designs throughout the 50s, had a promising lead with ducted fans. 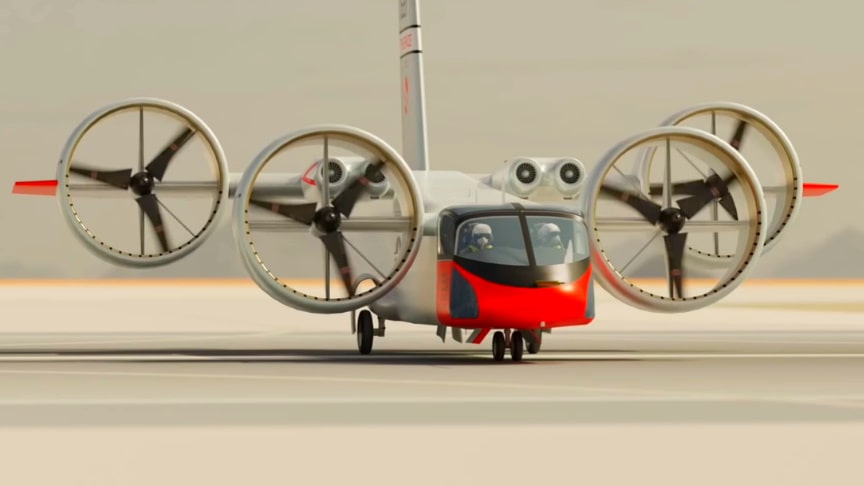 Engineers discovered that a duel tandem ducted fan configuration allowed a shorter wingspan, and thus a lighter and smaller design to work. The Bell X-22A had a somewhat boxy fulsage that was 39.7 feet long and a wingspan of 39 feet wide, although its front wing was only 23 feet wide, and came to around 20 feet tall. Watch the video from Found And Explained for more info:

This smaller stature allowed it to fit within hangers and ships without any folding wings. As it was quick small, it only had a maximum take off weight of 8000 kg, or 17,600 pounds with its four GE turboshaft engines, prouding 1267 house poer, or 945 kilowatts each. Each of the propellers were 7 foot wide, or 2.13 meters.

These tilted ducked fans were the magic of the design. They would be able to rotate completely to allow the aircraft to lift from the ground vertically, then horizontally to allow the plane, if i can call it that, to fly horizontally at some speed. Bell fully intended for this design to be the beginnings of a whole new line up of military and civil aircraft. via/read more: Found And Explained