Despite a racing heritage second to none, Benelli was in financial difficulty by the late 1960s, falling into the clutches of Argentinian industrialist Alejandro De Tomaso in 1971. Under De Tomaso’s stewardship the revitalised company was soon grabbing the headlines with a host of new models, none more startling than the 750cc Sei (Six) of 1972, the world’s first six-cylinder production motorcycle. 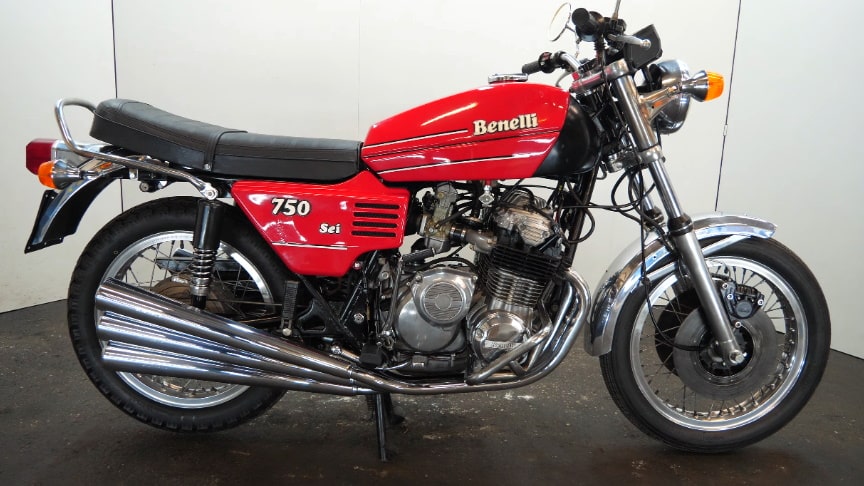 The fact that Benelli was able to produce the design so quickly despite lacking previous experience of this type of engine was easily explained: it looked like a Honda CB500 ‘four’ with two extra cylinders, which in effect was just what it was.

Production proper began in 1974 but the Benelli was soon overshadowed by Honda’s own CBX1000 six. The Italian company responded in 1980 with the 900 Sei, which used the original single-cam engine bored and stroked for a capacity of 905.9cc. Production of the 900 Sei ceased in 1987.

This mighty bike has an amazing 6-cylinder sound and is today a rare collector bike. It comes with the original registration papers and a FIM certificate./ classic-motorcycle.com