Bicycle and motorcycle dynamics is the science of the motion of bicycles and motorcycles and their components, due to the forces acting on them. Dynamics falls under a branch of physics known as classical mechanics. Bike motions of interest include balancing, steering, braking, accelerating, suspension activation, and vibration. 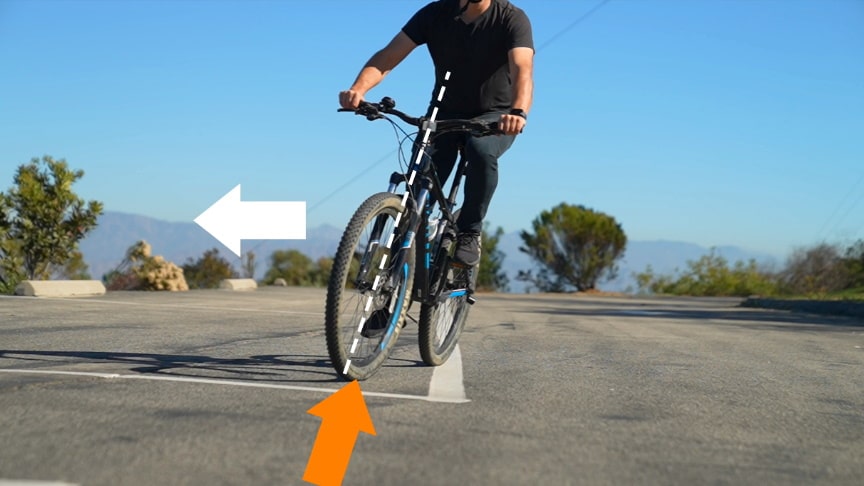 When discussing bike balance, it is necessary to distinguish carefully between “stability”, “self-stability”, and “controllability”. Why are bicycles stable? The most common answer is gyroscopic effects, but this is not right. Watch the video from Veritasium:

A bike remains upright when it is steered so that the ground reaction forces exactly balance all the other internal and external forces it experiences, such as gravitational if leaning, inertial or centrifugal if in a turn, gyroscopic if being steered, and aerodynamic if in a crosswind.

Even when staying relatively motionless, a rider can balance a bike by the same principle. While performing a track stand, the rider can keep the line between the two contact patches under the combined center of mass by steering the front wheel to one side or the other and then moving forward and backward slightly to move the front contact patch from side to side as necessary.If the steering of a bike is locked, it becomes virtually impossible to balance while riding. On the other hand, if the gyroscopic effect of rotating bike wheels is cancelled by adding counter-rotating wheels, it is still easy to balance while riding./wikipedia