Here whe have a Huge RC Scale Turbine Model Jet Lockheed Starfighter F-104 Turbine model Jet, over 5,7 meter long with a wingspan over 2.5m.This aircraft is quite a surprise at the flying field because it flies much more stable than it appears it can. 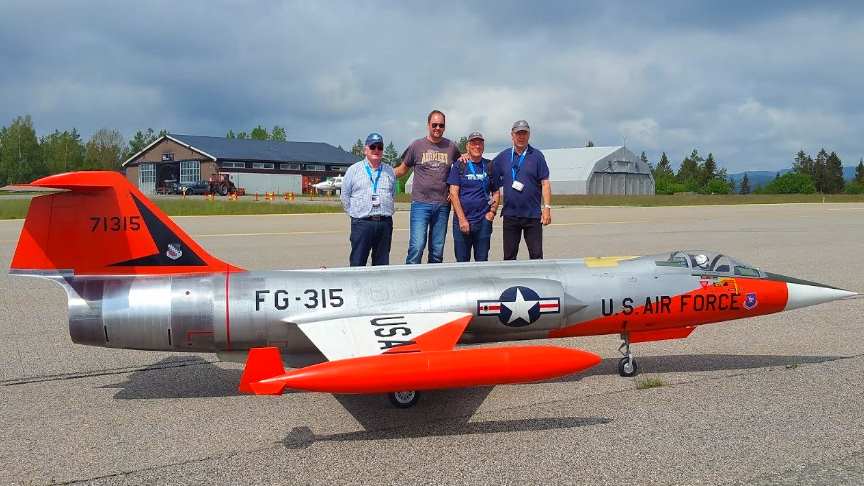 Thomas Gleissner flies the 1/3 scale F-104 Starfighter at the JetPower Fair 2019 in Germany .The airplane is powered by a Turbine JetCat P550 Pro turbine engine and it has a take off weight around 75kg.

The airplane can reach top speeds of 90mph, land at 20mph, and fly for four minutes with mixed throttle.Despite its tiny wings, the F-104G Starfighter is remarkably easy to fly.

The big size and the modified airfoil give this spectacular model an unprecedented stability and realism.The Real F-104 set numerous world records, including both airspeed and altitude records.It was originally developed by Lockheed for the United States Air Force./RCScaleAirplanes