The AgustaWestland AW109, originally the Augusta A109 is a lightweight, twin-engine, eight-seat multi-purpose helicopter built by the Italian manufacturer Leonardo S.p.A. 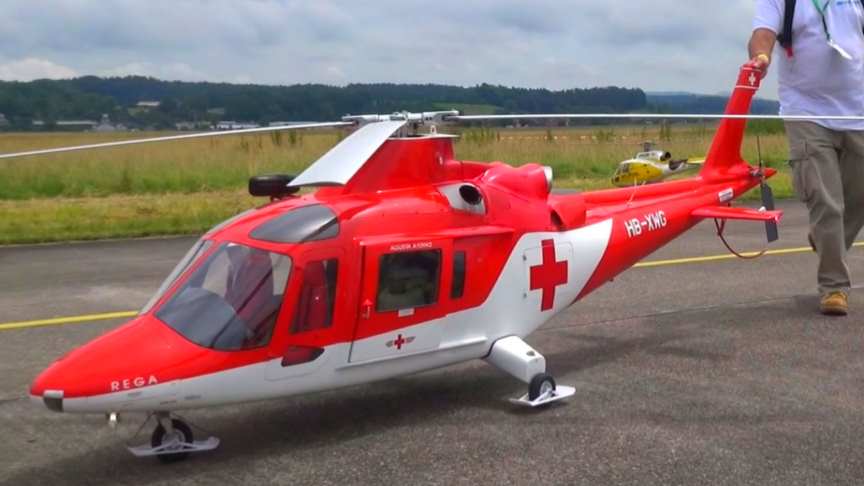 Developed as the A109 by Agusta, it originally entered service in 1976 and has since been used in various roles, including light transport, medevac, search-and-rescue, and military roles.

This RC model AW109 is a twin turbo engine helicopter with elegant appearance and ease of control. There are no specifications displayed of this helicopter, but for sure its a perfectly built RC helicopter.