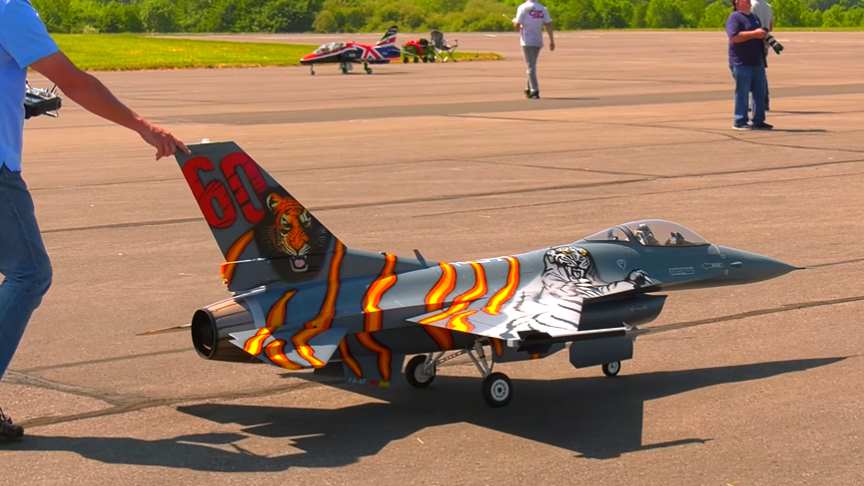 RC F16 1:5 scale model with a wingspan of 2.02m, with a length of app. 2.50m, and its powered by an Evojet 220 EX turbine engine, the weight of the airplane is app:21.4kg. The airplane is painted in tiger meet scheme used by the Belgium airforce. Supplied by Jeff Sewell at Zedjets, UK.

The main structural parts have more scale detail than most other composite planes in this size class.The F-16C Fighting Falcon is known as the most capable single engine supersonic multirole fighter aircraft in the world. It is a true American marvel./Essential RC