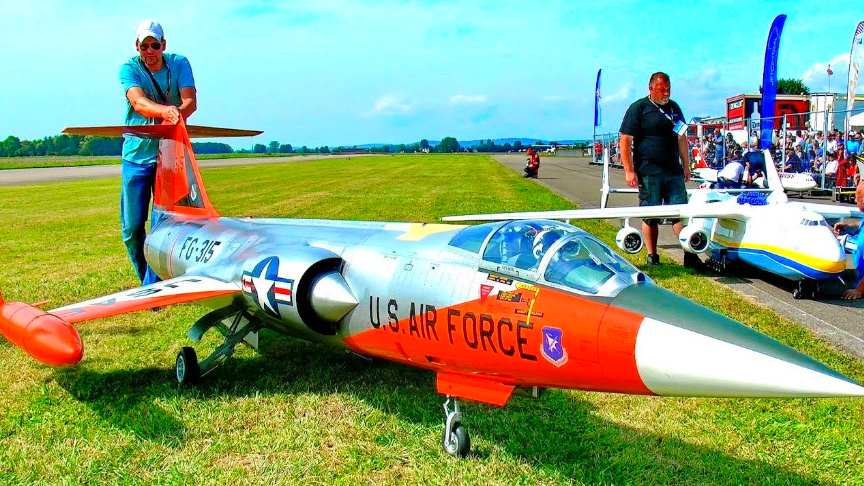 The airplane is powered by a Turbine JetCat P550 Pro turbine engine and it has a take off weight around 75kg.This aircraft is quite a surprise at the flying field because it flies much more stable than it appears it can. Watch the video from RC MEDIA WORLD:

This Starfighter excels in scale maneuvers, stable flat passes, fast rolls, and tall loops. It looks like a rocket sprinting upwards toward the sun! Despite its tiny wings, the F-104G Starfighter is remarkably easy to fly. The big size and the modified airfoil give this spectacular model an unprecedented stability and realism.

The Lockheed F-104 Starfighter was a single-engine, supersonic interceptor aircraft, created as a day fighter by Lockheed.The F-104 served with the USAF from 1958 until 1969, and continued with Air National Guard units until 1975.