Airwolf is the helicopter from the 1980s American eponymous television series. Its fictional features included stratospheric ceiling, stealth noise signature, a wide range of weapons and even supersonic speed. 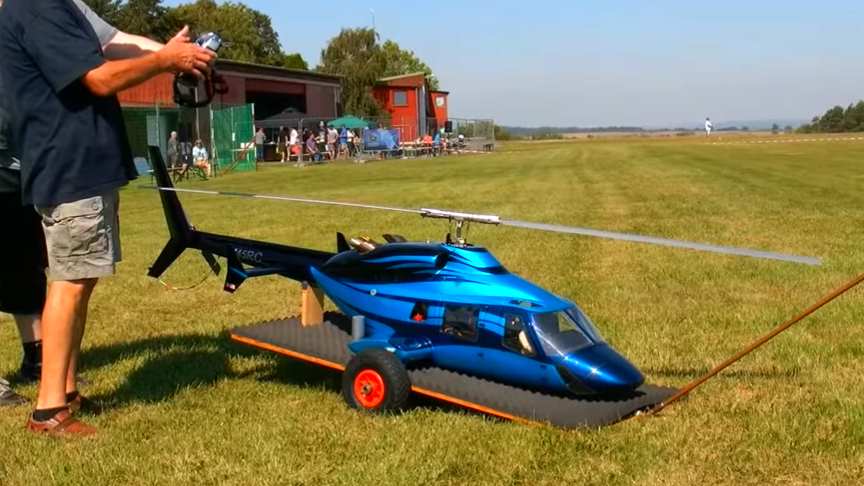 The Airwolf helicopter was a conventional Bell 222 helicopter modified by attaching some film props.This Giant RC Bell-222 Airwolf Blue has a diameter app.2.00m with a Take-off weight: app. 20 Kg, it is powered by a turbine engine.

The turbine engine fascinates by the smell of kerosene. A gently starting rotor, accompanied by the unmistakable sound of a turbine.There is not much specification displayed about this RC helicopter but for sure it looks and flies amazing.

The flying Airwolf was derived from a Bell 222, a twin-turboshaft helicopter produced for the civilian market and typically employed for corporate, emergency medical or utility transport missions, with seating for up to 10, including the pilot.