The Bell 222 is an American twin-engine light helicopter built by Bell Helicopter. The Airwolf version is the helicopter from the 1980s American eponymous television series. 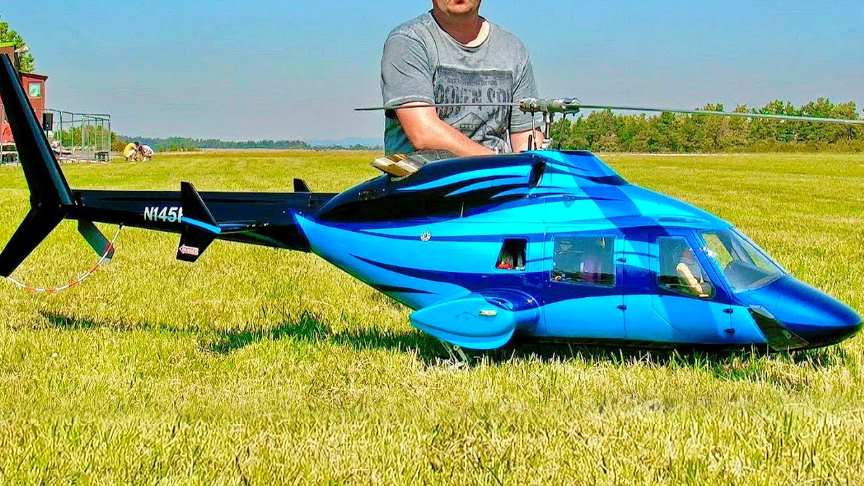 This Giant RC Bell-222 Airwolf Blue has a diameter app.2.00m with a Take-off weight: app. 20 Kg, it is powered by a turbine engine.

The turbine engine fascinates by the smell of kerosene. A gently starting rotor, accompanied by the unmistakable sound of a turbine.There is not much specification displayed about this RC helicopter but for sure it looks and flies amazing.