The Northrop F-5 is a family of supersonic light fighter aircraft initially designed as a privately funded project in the late 1950s by Northrop Corporation. There are two main models, the original F-5A and F-5B Freedom Fighter variants and the extensively updated F-5E and F-5F Tiger II variants. 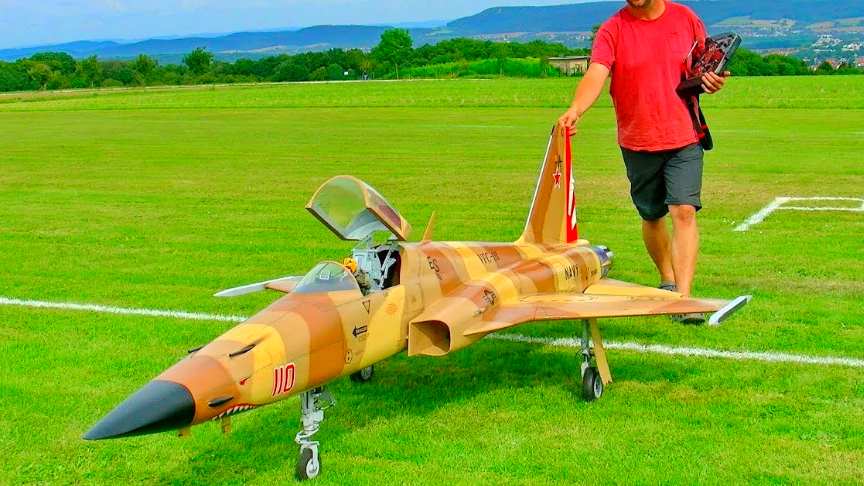 This RC F-5 TIGER II incorporates a thicker airfoil to enhance the lifting body design of the original F-5, imparting the stability of an RC model with the standoff scale looks of the real jet.

This exciting F-5 model provides speed and scale agility in a stable platform that also looks great! The airplane has a wingspan of 1.95m a length of app 2.4m and is powered by two JetsMunt XBL140 turbine engines. The pilot of this airplane in this video is Radek Suk at the Megaflugshow Göttingen Germany August 2017 event.