The “big Schweizer 300C” from VARIO is a 1000 size scale helicopter. Hughes Helicopters is the creator of the man-carrying version and later licensed Schweizer Aircraft Corporation. 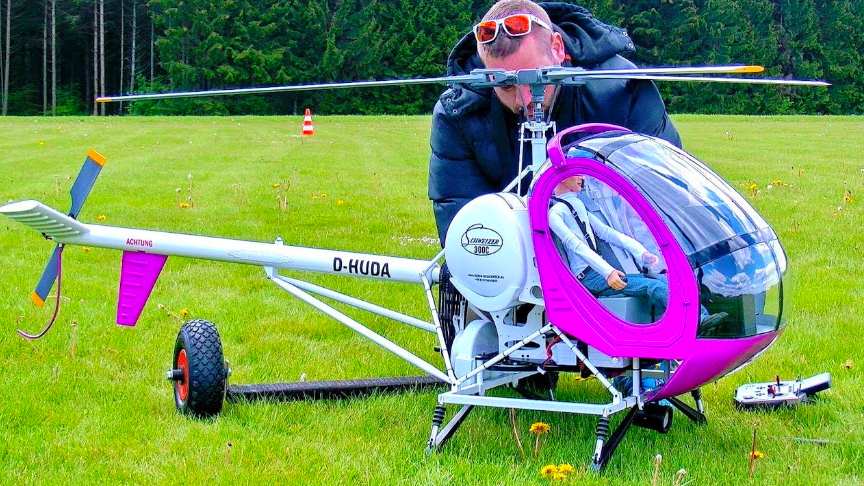 The helicopter kept its name also after the takeover of Schweizer Aircraft Corporation by Sikorsky. The single, three-bladed main rotor and piston-powered S300 is mostly used as a cost-effective platform for training and agriculture.

This RC HUGHES-300 helicopter has a rotor diameter app 2.2m with a take-off weight: app. 15 Kg, and is powered by an electirc engine.Electric motors are quiet, low in vibration, without exhaust gases and residual thrust.

The blade slap noise sound of the rotor blades is more noticeable than with other types of propulsion and the result is a true-to-life impression in flight.