The Fairchild Republic A-10 “Warthog” is a single-seat, twin-engine, straight-wing jet aircraft developed by Fairchild-Republic in the early 1970s. Mark on the sticks guiding his Skymaster A-10 through some scale aerobatics on the Showline at the BMFA Power Nationals. In anybody’s book this is an ultimate RC jet any experienced jet pilot would want to own and fly. 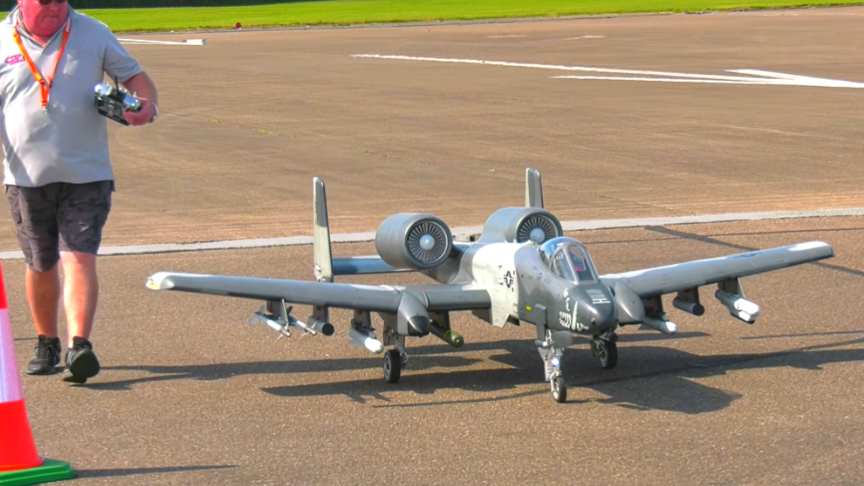 The full kevlar fiber fuselage includes in-mold installed carbon/Airex bulkheads and landing gear structure, making it one of most refined and achieved JWM class airplane available in the world as a kit.

The scale of this airplane is 1/5.8, the airplane has a wingspan of 300 cm, weighs 25kg kg and is powered by two T 180 thrust jet engines.The ultra-realistic model features nearly exact maintenance panels and even has a frightenly accurate 30mm gun.