The Saab 105 is a Swedish high-wing, twinjet trainer aircraft developed in the early sixties as a private venture by Saab AB. The Saab 105 OE is a beautiful and elegant aircraft. 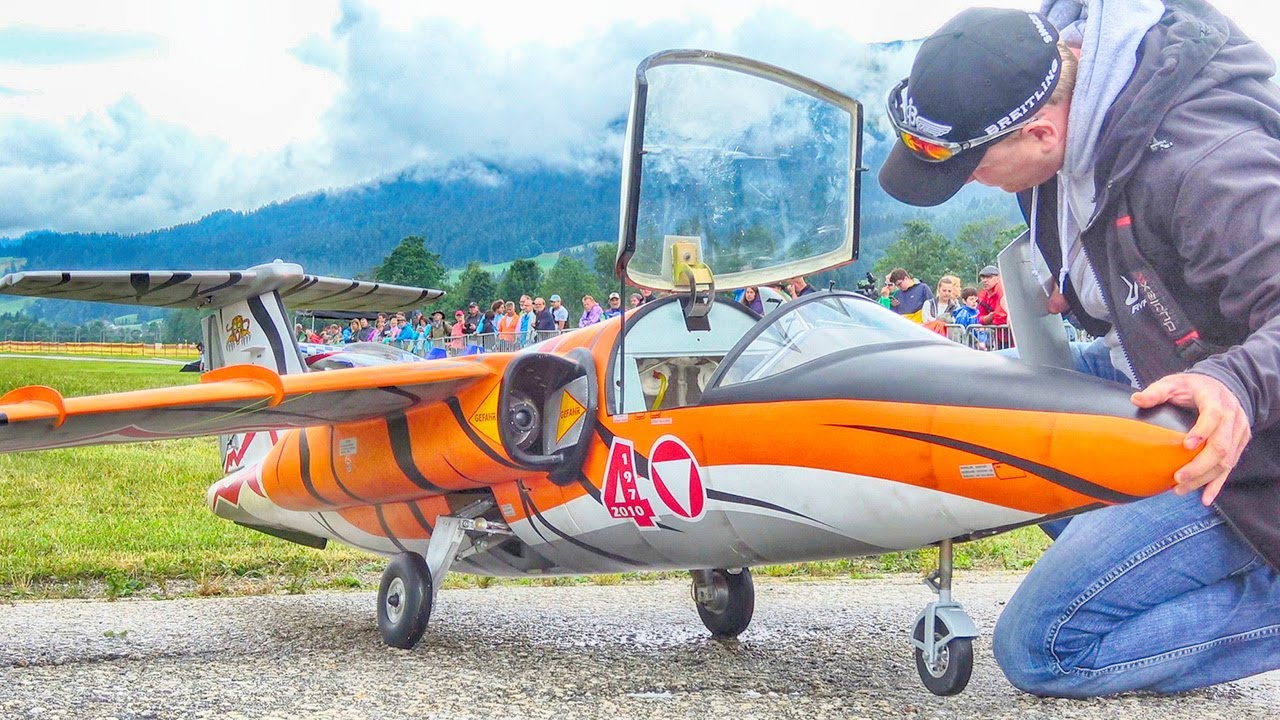 With its elegant curves and the two engines, a replica as a model is not easy to built, the construction of this beautiful RC airplane took a lot of work and effort. Video by DIGITAL RC. The pilot of this airplane is Thomas Kerschbaumer.

The airplane weight is 10kg total, the wingspan of this airplane is 1,70m with a length of 1,90m. The airpalane is powered by two jet engines. There is not much info about the engines but the sound of them and the look of the airplane is amazing.

The colour scheme commemorates the 40th anniversary in 2010 of the first delivery of the Saab 105 to the Austrian Air Force.