The Antonov An-225 Mrija is a six-engined cargo aircraft developed by OK Antonov in the Soviet Union.Until take-off on April 13, 2019, it was the largest aircraft in service in the world in terms of wingspan. Only a single copy was completed and put into operation, which has the largest approved take-off mass of all aircraft built to date. 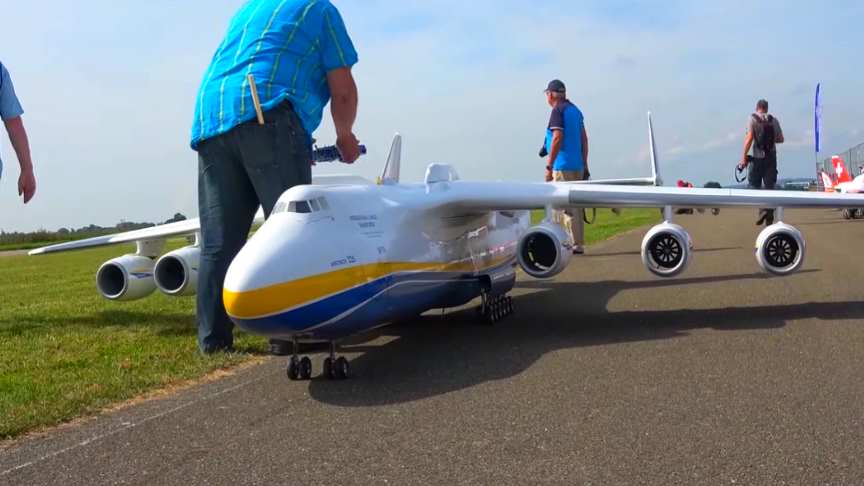 The Antonov An-225 was initially developed as an enlargement of the Antonov An-124 to transport Buran-class orbiters. This giant RC Antonov is built by Michael Speier in a scale of 1:16, it has a wingspan of 5.8m, a length of app 5.3m.

The airplane is powered by two Behotec JB-180 gasoline engines and four 90er EDF 6s electric fan engines, producing 8 kg of thrust. The airplane has a take off weight app: 93.5kg, all of the engines together produce thrust app 47kg, the take-off weight of the airplane is 93,5kg.

The model airplane has 32 wheels landing gear system.The real An-225 had a maximum gross weight of 600t but from 2000 to 2001 the aircraft underwent modifications at a cost of US20M such as the addition of a reinforced floor, which increased the maximum gross weight to 640 t.