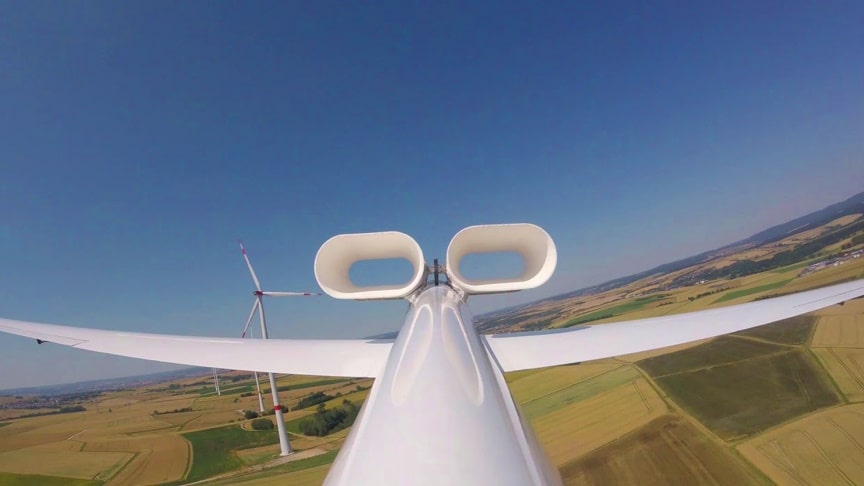 In the current design, a turboshaft engine drives an air compressor, which generates high pressure air. This jet of compressed air is spread across the outlet of the thruster. 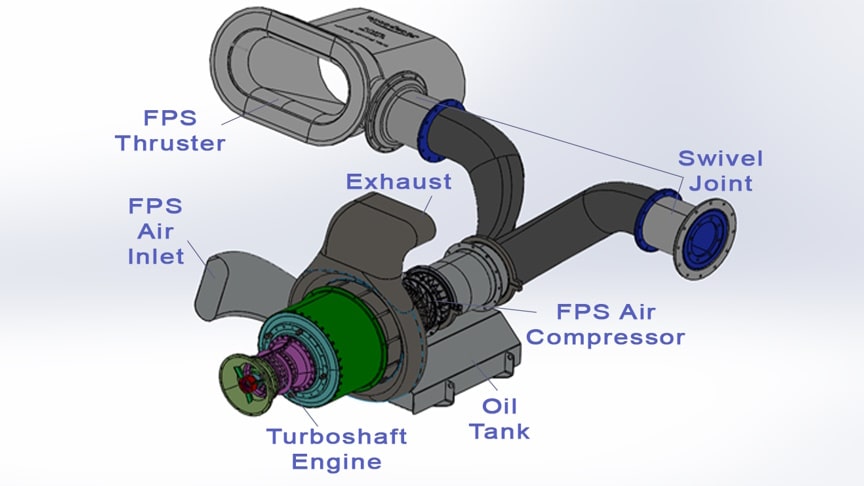 An aerodynamic mechanism known as the Coanda effect causes the fluid jet to remain attached to the surface of the thruster as it is forced out of the outlet.

Thrusters can be shaped and distributed around an airframe in ways to maximize lift augmentation and distribute propulsion at the same time. Thrusters can also be easily swiveled, allowing for VTOL operations. The result is a high speed, compact system that can naturally hover.