An important step forward in the development of BMW’s long-running flat-twin occurred in 1936 with the introduction of the 494cc R5. Prior to that the BMW engine had been recognizably related to the first of its type, the 1923 R32, and like those of its (500cc) predecessors, the R5’s engine dimensions were ‘square’ at 68x68mm bore/stroke. 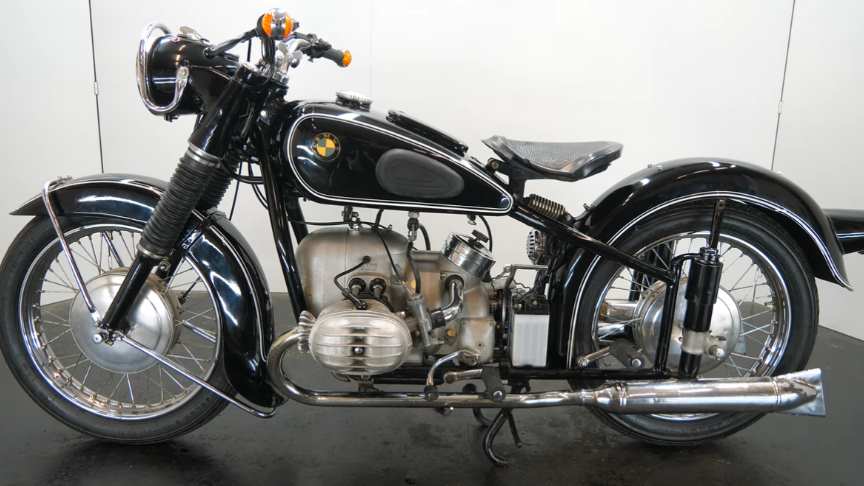 BMW recommenced production in December 1948 with the R24 single, but it would be another 12 months before a twin-cylinder model became available again. This was the R51/2 based, as its designation suggests, on the pre-war R51.

Improvements incorporated into the R51/2 included a two-way damped front fork, gearbox mainshaft damper and strengthened frame. In truth, the R51/2 was only a stopgap model to get production under way while BMW worked on something more modern.

Its replacement, the R51/3 – arrived in February 1951, and despite the similarity in designation had an entirely new and much neater looking engine incorporating a single gear-driven camshaft and crankshaft-mounted generator among a host of other advances. There was also a 600cc R67 version, intended primarily for sidecar duty, which was swiftly superseded by the more powerful R67/2 for 1952.via/read more: classic-motorcycle.com