The BMW R75 is a World War II-era motorcycle and sidecar combination produced by the German company BMW. In the 1930s BMW were producing a number of popular and highly effective motorcycles. 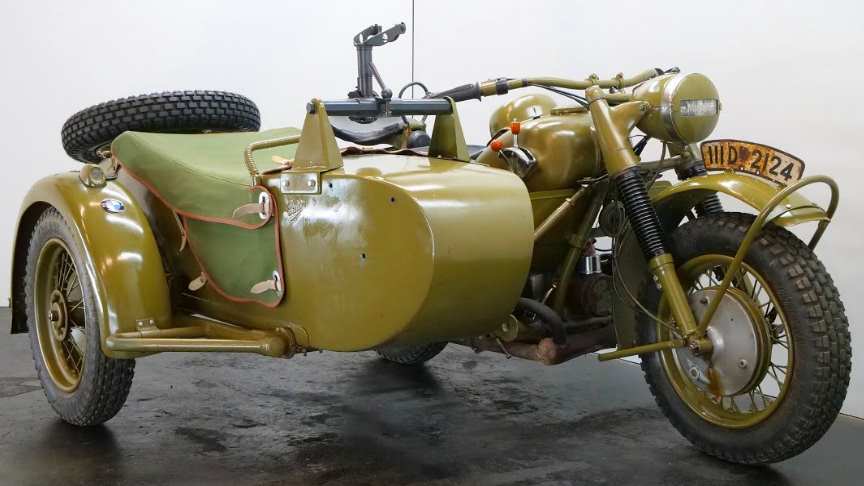 In 1938 development of the R75 started in response to a request from the German Army. Preproduction models of the R75 were powered by a 750 cc side valve engine, which was based on the R71 engine.classic-motorcycle.com

The third side-car wheel was driven with an axle connected to the rear wheel of the motorcycle. These were fitted with a locking differential and selectable road and off-road gear ratios through which all four and reverse gears worked.via/read more: classic-motorcycle.com