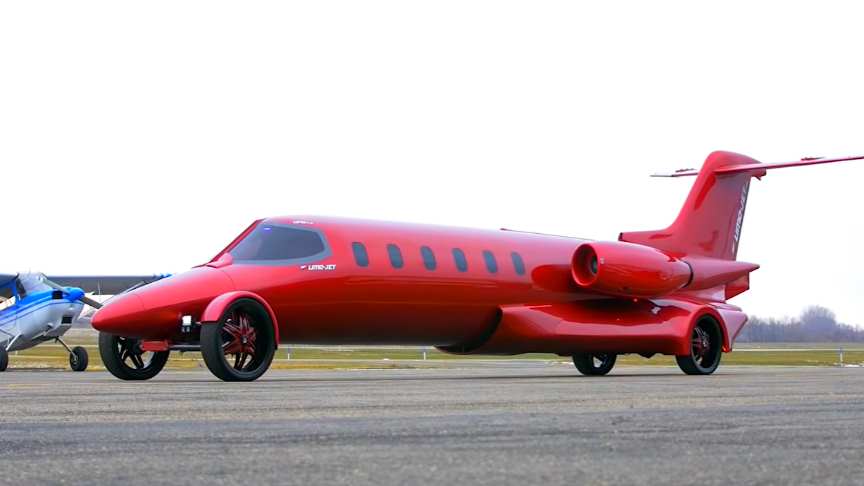 This show stopping vehicle is 100% street legal and powered by a gasoline 8 cylinder engine. It’s primary function will be to tour the U.S. and turn heads at all major events around the country.

The plane upon which this limousine is based is a Lear Jet.While the wings had to be removed for the vehicle to be deemed roadworthy in the US, the jet engine casings remain, and house two 12-inch subwoofers surrounded by neon lights.