Filmmaker Ratrod Ray goes out to the dry lakes in California with Bob Maddox builder of the pulse jet rocket car with West Merlin Crew and makes a test run with the “900 pounds of thrust” racing machine. This machine is out of this world. 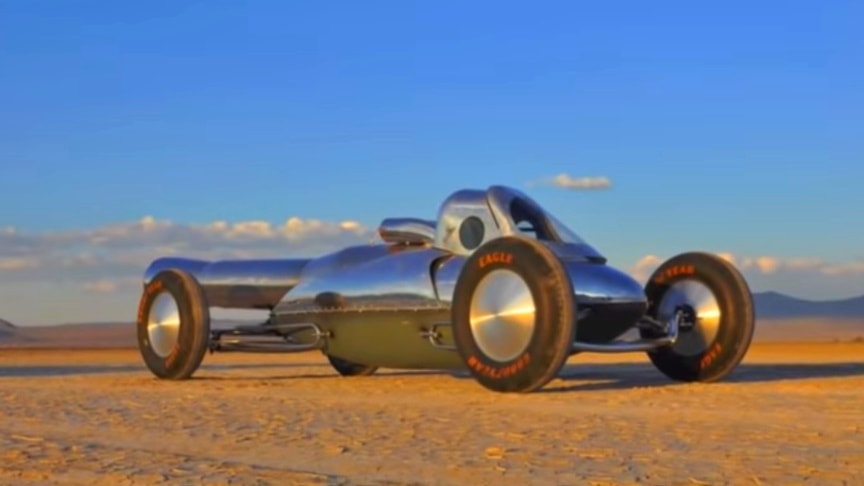 This car is the first in the world Pulsejet powered Bellytank lakster ever made, it has a maddoxjets(me) 900 pound thrust pulsejet engine, the same size as the German V1 buzz bomb. The aluminum body of the car is constructed in part from an auxiliary fuel belly tank of a Lockheed P-38 Lightning that gives this racer its belly tanker name.

The car is 4.9 meters long, has a nozzle of 3.35 meters and stands on a few good Goodyear tyres. Maddox himself did not dare, but he says that the Lakester should be able to reach between 240 and 270 kilometers per hour.

The Bob Maddox pulsejet engine uses air, gasoline and seven-million volts of spark to set the pulsejet into powerful action. The technology behind such a pulse jet is fairly simple. Via special valves you pump a mixture of air and fuel into a long pipe 45 times per second and you ignite that mix.The explosive pulses provide an incredible amount of noise as well as the thrust you need.