The Boeing Passenger Air Vehicle (PAV) is an American autonomous personal air vehicle prototype developed by the Boeing NeXt division of Boeing with the assistance of Aurora Flight Sciences. 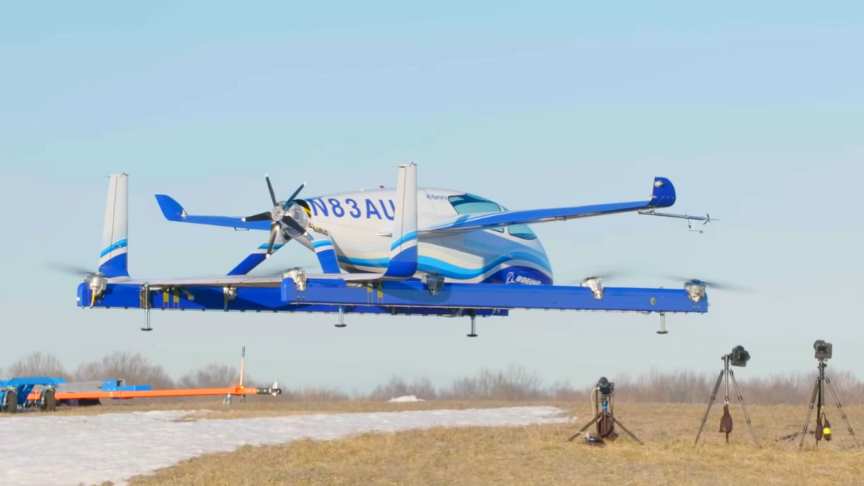 PAV is an eVTOL electric vertical takeoff and landing aircraft or air taxi.The three-surface aircraft has twin booms each supporting four lift rotors slightly angled alternatively outward and inwards, a pusher propeller and the rear wing has vertical surfaces at each end.

The length of the eVTOL aircraft is 9.14m and its width is 8.53m. The aircraft is being developed in two and four passenger variants with a modular cargo option.It’s designed to fly in full autonomous mode with a maximum range of 50 miles.

The air-taxi concept demonstrator completed a controlled takeoff, hover, and landing during its first flight.In addition to the PAV, the Boeing NeXt portfolio includes an unmanned fully electric cargo air vehicle (CAV) designed to transport up to 500 pounds (226.80 kilograms) and other urban, regional and global mobility platforms.