We get an exclusive look at the Brabus Taychan Turbo S, Porsche’s fastest electric car that received the Brabus Masterpiece special treatment. We also get a look at the new Brabus 911 to hear what that beast sounds like. Sergi gets a closer look at both of these incredible cars so make sure you let us know what you think in the comments! 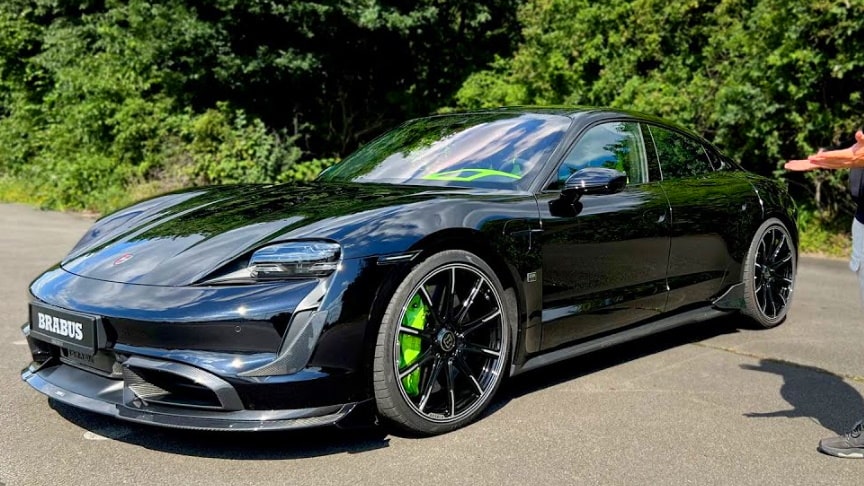 Based for the first time on the Porsche Taycan Turbo S, it was conceptualized to make an unmistakable statement – featuring a bespoke, fully handcrafted two-tone leather Masterpiece interior, characterized by stylish crest pattern quilting and unmatched attention to detail. Watch the video from Supercar Blondie:

The Brabus Taycan produces 761 horsepower and approximately 774 pound-feet of torque.The BRABUS For Porsche Taycan Turbo S can zip from 0-60 mph in 2.8 seconds and hit a top speed of 162 mph./brabus